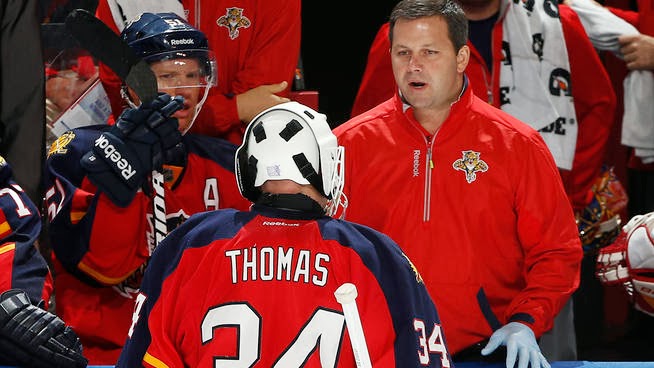 Tim Thomas will be back in net tonight at TD Garden, for the Florida Panthers, but still it's Tim Thomas. The breakup was ugly and Thomas isn't the same as he once was, but he's still the guy that carried the Bruins to a cup victory in 2011.

The Panthers themselves won't turn any heads though. With a 21-24-7 record, the Panthers are 7th in the Atlantic Division. But unlike the Bruins last opponent, the Islanders, the Panthers are actually playing like a team who is almost last in their division.

-The Bruins are coming off of one of their most offensive nights of the season thanks to the Bergeron line and the Swedish line. If the Bergeron line produces half of what they did against the Islanders than in tonight's game they can win with ease. But really it all depends on Timmy Thomas. If anyone would be motivated to beat the red hot B's it would be him.

Line Up Notes: Chris Kelly may be in tonight.