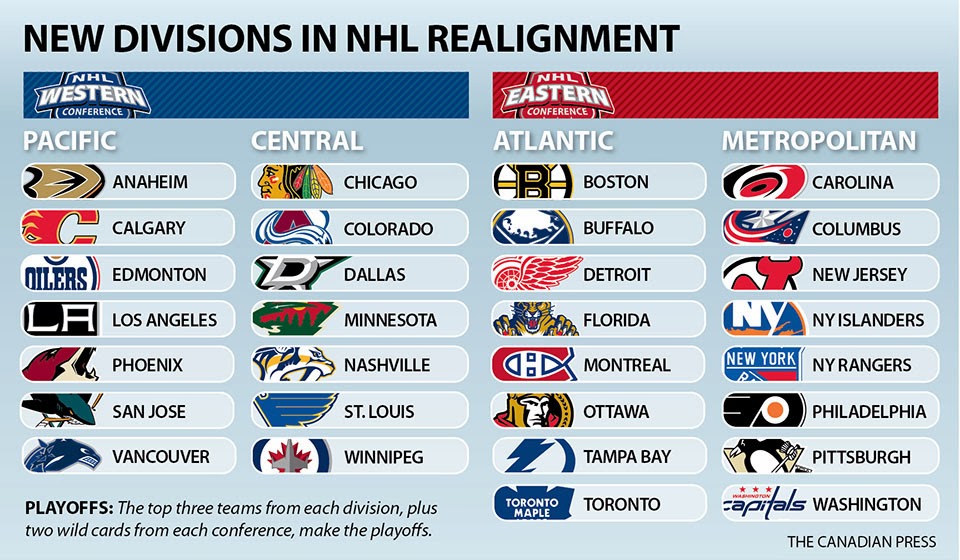 The NHL season recently passed the halfway point, and with the 2014 Olympics right around the corner, what better time than to rank the top ten teams in the league right now.

Now if we rank the top 10 straight off of the standings, we only have three Eastern Conference teams cracking the top 10 (Pittsburgh, Boston and Tampa.)

As of today the top ten teams standings wise are:

TSN has all the teams in the top ten based on rankings besides Tampa. For me Tampa and Montreal are the two teams duking it out for that final 10th spot. Tampa is about to get Stamkos back after he suffered a broken leg almost 2 months ago. Montreal on the other hand has been struggling, most notably due to goal tender Carey Price's poor play, maybe a strong run by the Canadian national team will light a fuse for him ( I hope not for the Bruins sake).

Now I'm basing these rankings off of each teams chance to making it far in the playoffs. As of right now I am not so confident in Colorado, as they are a younger team. Any team out in California has the chance to make it far, but right now Anaheim is the best team in the league. Boston gets the 6th spot based on their playoff experience. If the Bruins can get past the injury bug and obtain a veteran d-man to help ease some pressure off the young guns, they are a clear cut favorite to advance to the Eastern Conference Finals.

As for Tampa taking the final spot, this is due solely to Stamkos coming back.

We have another 3 months of hockey left before the playoff start, so expect changes.

Sound off in the comment section on your rankings.