Bruins vs Canucks: yup, we still hate you 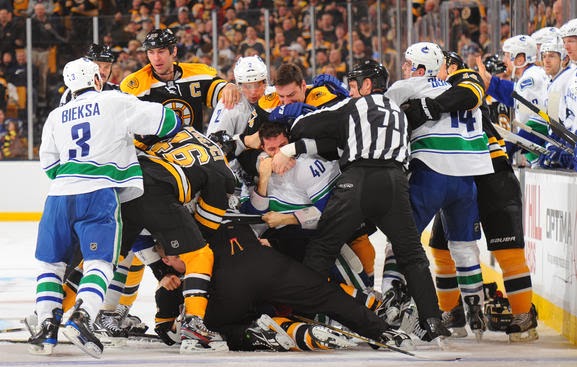 Now that football is over, the Bruins are going to become the buzz of Boston again, and what better way to kick the buzz up a notch than a Bruins vs Canucks game in Boston? Well Marchand is playing like Marchand again and that will definitely make this game ten times better than it would be without the little ball of hate.

The Canucks are 27-21-9 so far this season. Torts has influenced his defensive mindset into the Canucks game play and its shown. Its shown most in the Sedin twins who in the month of January have combined for only 10 points. So, good job Torts, thank you for neutering the Sedins.

1) Torts Is Back! If there is one good thing about the Canucks its John Torterella. The defensive minded coach (who kills offensive players) is back from his suspension. The guy is easy to love or easy to hate and tonight its easy to bet he will force his team to play defense and block shots which makes them a tougher opponent for the Bruins.