Bruins vs Sabres: Back To NHL Hockey! 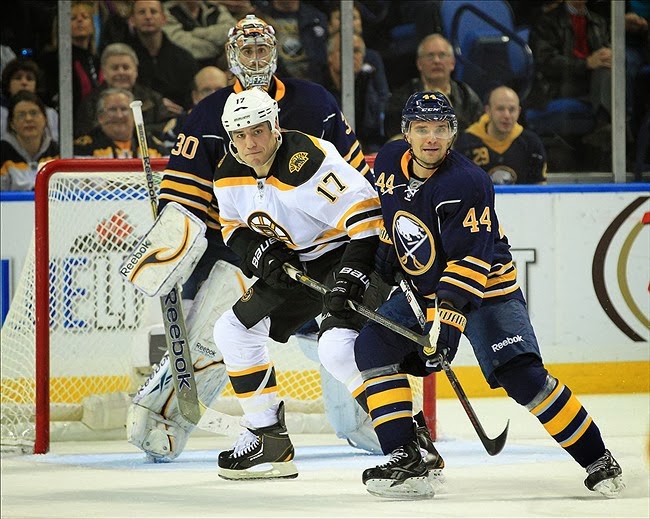 Finally the NHL is back and its time for some grind it down, defensive, smash mouth hockey. Sure it was fun watching Kessel, Parise, and Kane fly all over the giant Olympic ice surface, but now its time to watch the Bruins check anyone who tries that into the boards.

The Bruins are starting off their first game back against the Buffalo Sabres, a weak team, but they'll face the Sabres without Tuukka Rask. Chad Johnson will get the start in net tonight as Tuukka is resting from his trip to Socchi and his bronze over the USA.

But soon it'll be time for the playoffs with Tuukka at the forefront.

Key To The Game-

The only reason the Bruins could lose this game is if they are sloppy from their week off. It also depends on Chad Johnson, the Bruins back up goalie, who isn't that strong in net. If the Bruins play sloppy they can at least count on the Sabres playing sloppy too. So it all really comes down to Chad Johnson. If the Bruins lose it'll porbably be pretty obvious why.