Bruins vs Capitals: time for a road trip 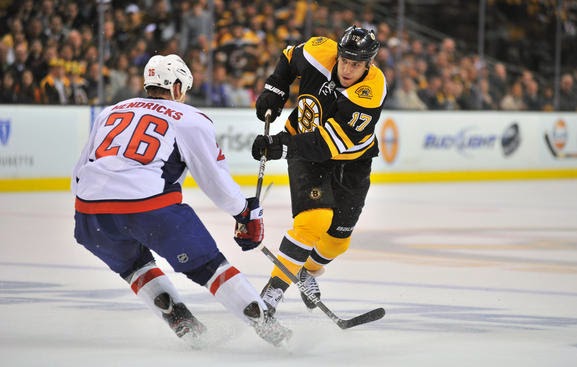 The Bruins are in Washington today to play the first game of their four game road trip. The Capitals are 34-27-12 so far this season and are 5th in the Metropolitan Division. The Cap's are fighting for a playoff spot and it'll be up to the Bruins to stave them off.

The Capitals are struggling to make the playoffs. Alex Ovechkin has 48 goals (!!!) so far this season, but of course, the goal scorer is a minus 31 which just seems impossible.To have 72 points yet be a -31 in the plus/minus just shows the lack of defense on the Capitals in general.

Keys To The Game-

1) The Russians, Stop The Russians- Ovechkin may be absolutely awful defensively and at back checking, but he can score with the best of them. Now he has a friend, a protege, named Evgeny Kuznetsov. Evgeny had been great in the KHL and is now ready to show his skill in the NHL.

As long as the Bruins focus on those two goal scorers than it should be easy to shut down the rest of the Capitals roster, full of grinders and power forwards.

2) Reilly Smith, Step Up Your Game- I needed to make two keys to the game for today just to get this one in there. Reilly Smith has fallen off his goal scoring hot streak. It's easy to tell the kid is frustrated but all he needs is to pot a goal to get his confidence going back.