Bruins vs Coyotes: first meeting since 2011 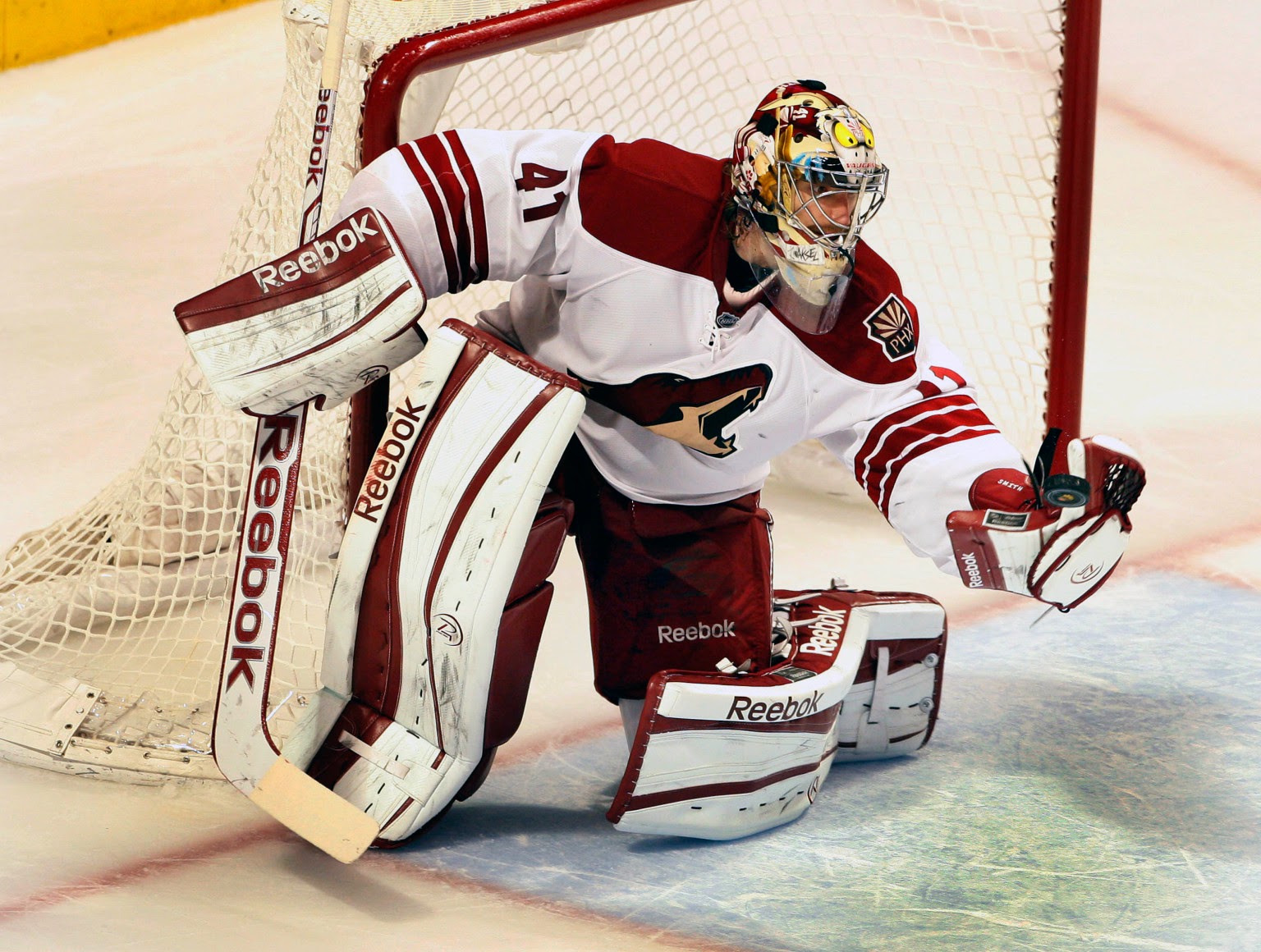 The Bruins are done with their three game road trip and are back in Boston to play the Phoenix Coyotes. This is the Bruins and Coyotes first meeting since 2011 and its a chance for Boston native Keith Yandle to get his family in the building for a game.

Mike Smith- The Coyotes strong point is their goalie, Mike Smith. The goalie stud has already played 56 games this season and has kept up a 2.69 GAA and a .914 save percentage. Smith is one of the best goalies in the league and the key to the Coyotes success. For the Bruins to win they'll have to take their time and take quality shots over a quantity amount of shots.