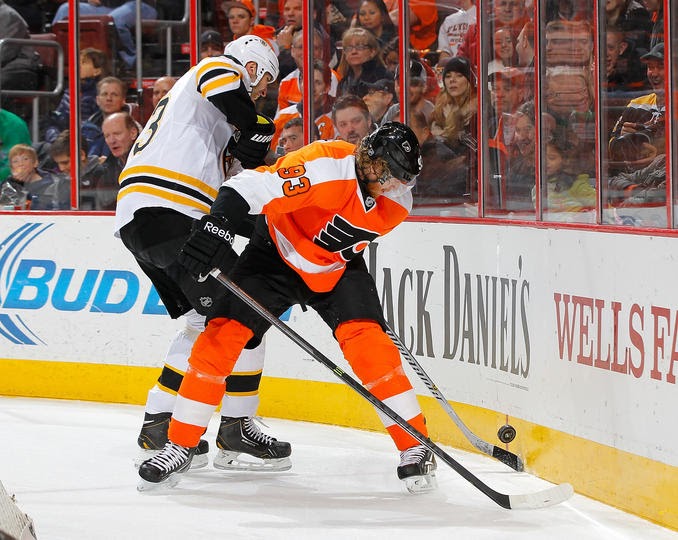 The Bruins are in Philadelphia to play the Flyers in their second matinee game in 24 hours. The game was originally scheduled for 730 but the NHL changed it because they hate us and their fans. But put that to the side, because this should be a pretty good hockey game.

The Flyers are 39-27-7 and are 3rd in the Metropolitan Division. The Flyers have worked extremely hard to fight their way out of the bottom of the league at the beginning of the season and make it to a playoff spot with only a week or two of hockey left.

Key To The Game-
Captain Claude and Jakub Voracek- When Jakub Voracek isnt crashing Ferraris in the Czech Republic, he's scoring goals in the NHL. He's a dangerous player and even more dangerous with his talented line mate, Claude Giroux, saucing him the puck. The Bruins can probably rough up Jakub to get him off his game and keep him from scoring. Giroux though will need more attention from Bergeron and the defense.