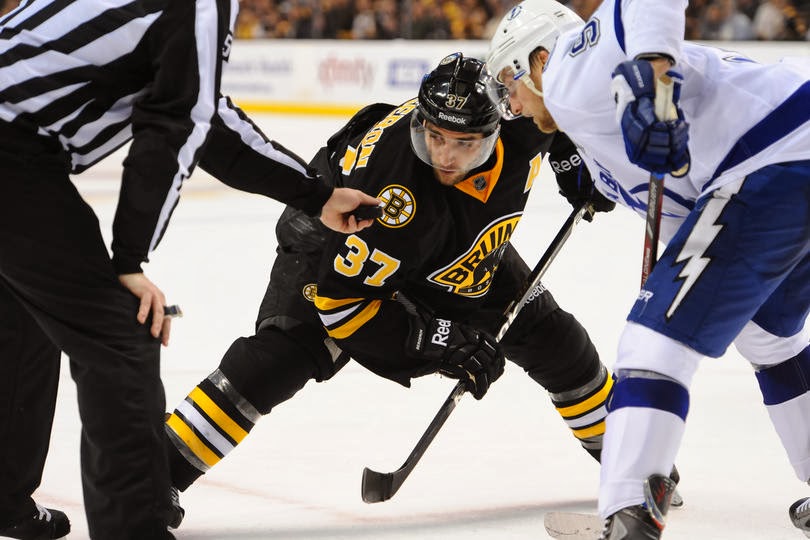 Tonight the Bruins will play the Tampa Bay Lightning and both teams will have some new faces. The Lightning have Steven Stamkos back from his leg injury and traded St. Louis for Callahan at the deadline. The Bruins will be without either of their new defense men in the lineup tonight. So, no Meszaros tonight.

The Lightning are always a scary team with Stamkos on the ice. Ben Bishop has turned out to be the first good goalie the Lightning have had since Roloson and now Callahan is like a cherry on top of the equation for the lightning. Are the Lightning cup bound though? Probably not. But are they a tough team that can make the playoffs? Definitely.

The Power Play- The Bruins cant take bad penalties at all in this game. The Bruins cant even take any 'good' (but rare) penalties in the game tonight. The Lightning have a potent power play team and are always a threat to strike. With Callahan in front of the goalie screening and snipers like Nikita Kucherov and Stamkos shooting at the net, the Lightnings power play is one of the best in the league. Just stay out of the box boys.