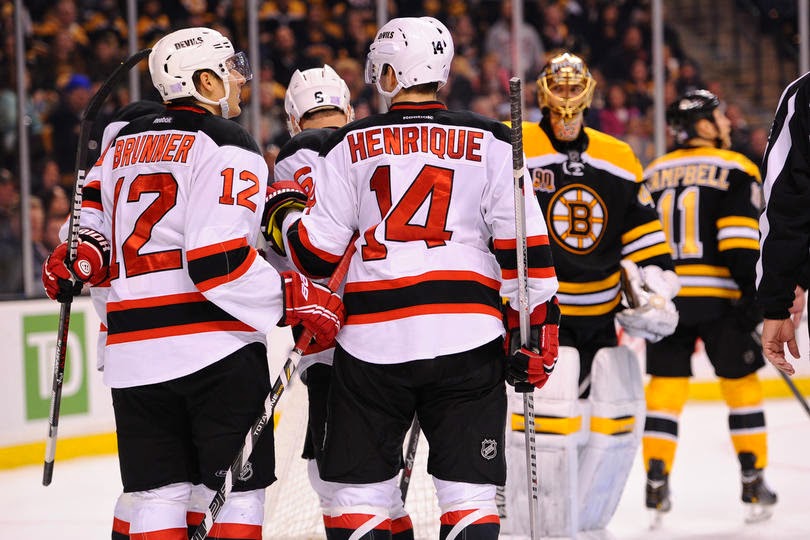 Its the last game of the season for the Boston Bruins. It would be a really sad day, but everything is alright, because the Bruins are in the playoffs. The Bruins may be resting some of their top players today while the Devils are looking to end the season on a high note.

When 38 year old Bryce Salvador is your team Captain, you probably did something wrong along the way. The Devils problem comes from depth. Not a lack of defensive depth, but a lack of scoring depth, because of the Devils bottom two lines which are a dismal muck of grinding and grooning.

Key To The Game
DONT GET HURT!!! This game isn't important in any way, shape, or form. The Bruins have clinched the best record in the league and the playoffs are just days away. The Bruins can't afford to lose a top 9 forward for the playoffs or the Cup run is in jeopardy. The last thing anyone wants to see is Jordan Caron in the playoffs.