Bruins vs Canadiens: game 7 - WE WANT THE CUP 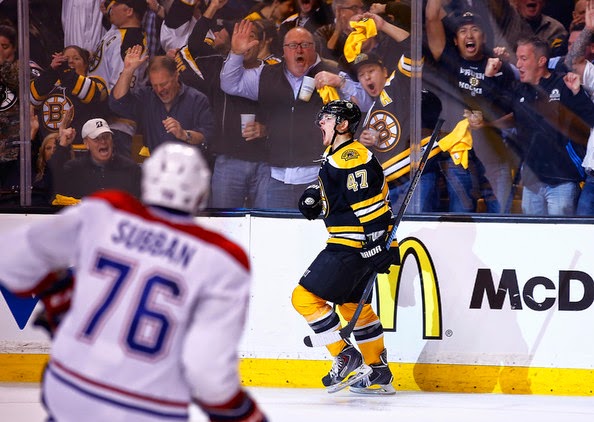 It all comes down to this. The series has been tough on the players, emotional for the fans, and great hockey for the rest of the nation. But this game is between Boston and Montreal and tonight the victor of the series will be crowned. Lets just hope Boston plays some good hockey.

1) FINISH: The Bruins desperately need to finish their scoring chances. Its been ridiculous how many missed chances the Bruins have had in this series. Pucks off posts, pucks skittering past sticks, and one team even a puck bouncing backwards. But that doesn't matter, its not luck, its skill. The Bruins just need to finish their chances and put the puck home.

2) Get Pumped: Seriously, could the Bruins look any more lackluster in game 6? It was awful to watch. If the Bruins come out like that again then they will lose tonight's game. Its game 7, at home, against Montreal, to get to the Eastern Conference Finals! If the Bruins don't come out high energy then we will have some problems.