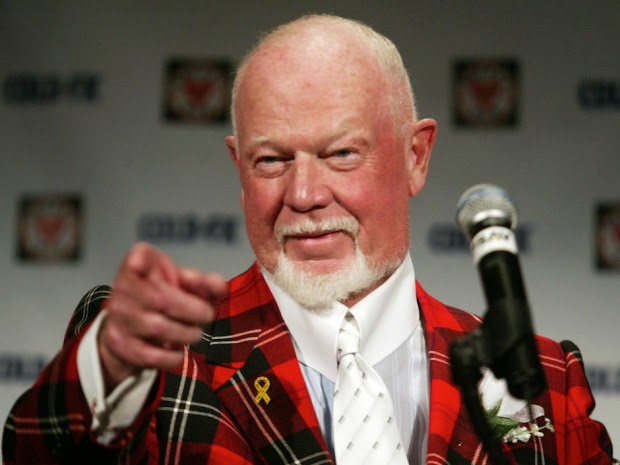 Don Cherry is a bit of a hockey legend. He's had a long, outstanding career, as a player, Head Coach of the Rochester Americans, Boston Bruins, and the Colorado Rockies (no, not the baseball team), and now is a unique hockey commentator for CBC.

"Grapes" is known to be a strong-opinionated commentator. He let that show the other day, when he appears to have let the "F-Bomb" slip out on National Television. Of course, nobody really cares. It's just pretty funny.

Check it out in the video below.