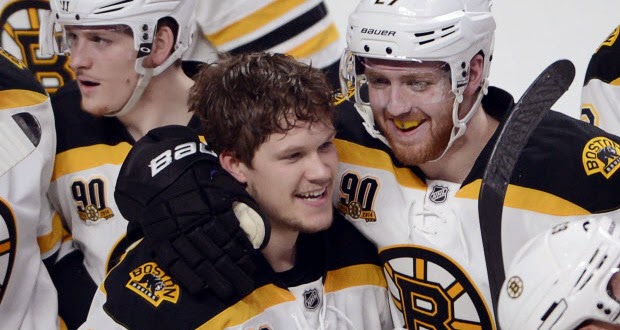 Matt Fraser lifted the Boston Bruins over the Montreal Canadiens in game four. It was an emotional goal for Fraser, for the Bruins, and for Bruins fans. Fraser who was called up the day of the game was clearly excited beyond words. But he was still able to spit out a gem about frozen yogurt.


Watch Matt Frasers overtime goal against the Canadiens above. Soderberg should be credited with a lot of the work on that goal. Fraser did a great job of just staying where he is supposed to and scoring.