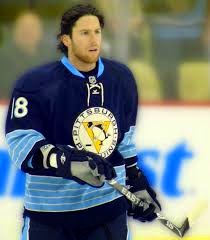 The overhaul of the Penguins is well under way, and we're already seeing that the changes occurring in Pittsburgh are not limited to the management staff. In a bold move, the Pens dealt forward James Neal, who scored 27 goals on the season, to Nashville, getting Patric Hornqvist and Nick Spaling in return.

While the Penguins appear to think that it was a good move, many people, myself included, are not so convinced. Adam Gretz of SB Nation said

"The Pittsburgh Penguins had a lot of things to address this offseason. The James Neal trade with Nashville addressed none of them."


He's got a pretty decent point. Although Hornquist is a goal-scorer, he isn't quite on Neal's level, and is a year older on top of that. Spaling, too, is a good player. He racked up 32 points in 71 games for Nashville last season, but the exchange doesn't seem to be worth it for Pittsburgh.

Penguins fans will be more angered by the trade when they realize it really isn't helping their salary cap issue either. While Neal is payed $5 million per year, Hornquist counts for $4.25 million against the cap, and it's likely that Spaling will look to raise his $1.25 salary as a restricted free agent.

We'll see where the deal goes, but for now, it seems like Pittsburgh traded for trading's sake.

Credit to SB Nation on the quote, you can check out their full article here: http://www.sbnation.com/nhl/2014/6/27/5851126/james-neal-trade-pittsburgh-penguins-nashville-predators