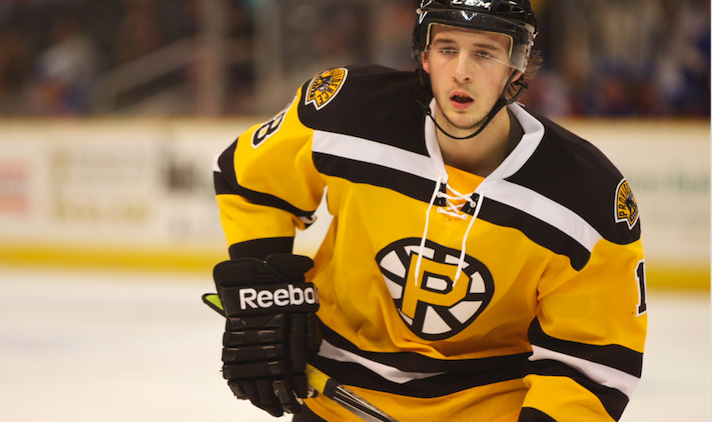 Ryan Spooner is a perfect match for the Boston Bruins. His performance seems to mimic that of the team a little too closely. Both are highly inconsistent, and you only need to go to any sportsbook to realize that fact. Though you should ensure that your source is reliable, otherwise, you might encounter false data. A reliable US sportsbook offers updated hockey odds.

For now, it looks like the Boston Bruins have an effective solution to some of their problems. They have taken to relying on their fourth line, and they have been doing so all season. And, to an extent, it has actually been working, though some pundits might decry such claims.

They wouldn’t be completely wrong. Boston has done quite well in some games. In fact, they have been downright brilliant in a number of situations. However, their performance has also dipped in other situations, with a few games revealing some truly terrible plays.

Ryan Spooner’s involvement isn’t likely to make any drastic changes, though the Boston Bruins obviously hope that improvements will immediately begin emerging. The team has added Ryan to the fourth line.

Most analysts can support that decision; Ryan is a potent scoring machine. He is obviously going to positively impact the fourth line. By Sunday, Ryan Spooner had taken his new position, though only time will tell how things will shape up as a result.

Ryan is a great player. However, his season has been consistent. Like Boston, he has shown moments of brilliance that have left fans wanting more. However, there have also been some ugly plays on his part. It is difficult to reach a consensus regarding Ryan’s performance as a whole in the season, though his new position on the fourth line might give Ryan the consistency that makes him that much easier to judge as a player.

It should be noted that, while some people think Ryan is being rewarded via his assignment to the fourth line, others think that it might be a punishment, and there is merit in both perspectives.

The Sunday game was decent, allowing Ryan to cement his sixth place position in the Bruins when it comes to scoring. The 24-year-old delivered an assist that added a point during the Sunday game.

He meshed well with Dominic Moore, and that is a good thing because Moore’s season is going splendidly, probably even better than Ryan. The athlete is a great fit for the fourth line. Even though he has been known to stumble, no one can doubt the fact that he makes great plays.

He is versatile, and complications only arise when he gets lost in transition, which does happen from time to time. He isn’t as confident as he should be, either, often tentative in his approach to making plays.

But Ryan is still young, and his abilities are still improving. He could soon return to his old self, especially if he makes effective use of his time on the fourth line. When interviewed, Ryan suggested that he was feeling a lot better than he had in a long time, and he was working towards removing the timid elements of his game.