Why the Bruins will win the Stanley Cup this season

It has been an incredible year in the NHL already this season, but the Boston Bruins are on a mission to avenge their defeat in the Stanley Cup finals from last season.

The Bruins have been the favorites throughout the season to win the honor, and they are showcasing precisely why they are where they deserve to be. Their odds haven’t faltered even throughout their difficult phases this season, and they are expected to get to at least the Stanley Cup finals according to the sportsbooks. 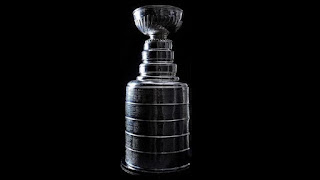 There have been changes over the last couple of years and now legal online sports betting is available throughout Indiana. The changes were brought into effect into 2019, and now gamblers across the state can enjoy placing their money on the Bruins to win the Stanley Cup. But why will this be their year?

Every Bruins fan will remember last year’s Stanley Cup series until the day that they die. It was a gut-wrenching evening on the 12th June, as the St Louis Blues came to TD Garden and got the win that they needed to win their first-ever Stanley Cup. The Bruins were in control for the opening three games of that series, but once the pendulum swung in the Blues favor, it was difficult to gain the upper hand again. Bruce Cassidy and his team will not be making the same mistakes again if they get to that stage.

Championship-winning sides are built on great defenses, and that is precisely what the Boston Bruins have. The Bruins have the best defensive record in the NHL this season, as they have only conceded 167 goals. That record is by far the best in the Eastern Conference. Their strong defense has enabled their forward players to flourish, as it has given the team the best possible chance of getting the results that they need. The Bruins have also lost the lowest number of games in the Eastern Conference this season, which highlights that they are a tough nut to crack.

Not many sides in the NHL can recover from a defeat like the Bruins. In the past month, they have been beaten three times and have won ten times. They started the month with a run of four victories, before being beaten by the Detroit Red Wings. However, they quickly got back on the right path by winning five on the bounce. That trait is an important one to have, as it was potentially their Achilles heel in the Stanley Cup finals last season. They failed to recover from defeats against the Blues, but this season the Bruins look like a completely different proposition, especially coming off the back of a defeat.

The Boston Bruins are the favorites in the betting for the simple reason that they are better at both ends of the ice than the remainder of the NHL. Judging by the season so far, the Bruins should win the Stanley Cup with a few games to spare.