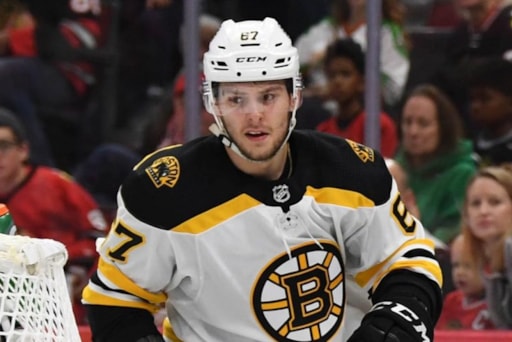 The Bruins announced three signings this afternoon that will create more depth options in either Providence or the back end of Boston's roster. None of the names will draw excitement from the Boston faithful, however the depth is sorely needed at the AHL level and these signings likely geared toward that.
Both Greg McKegg and Callum Booth signed a one year $700K deal with the club today that are two-way deals. McKegg represents forward depth and will bring toughness and gritty plays wherever he ends up. Booth will end up replacing Maxime Lagace as a backup netminder in Providence behind Dan Vladar.
The interesting signing that's flying under the radar is Jakub Zboril's deal. The money is similar at an average annual rate of $725K but it's a two year deal and one way. Meaning the Bruins are not only hoping the former 2015 first round draft choice can break through into the line up this season, they are giving him a contract that says they're expecting it.
Gear up in our online store