5 best Bruins of all time 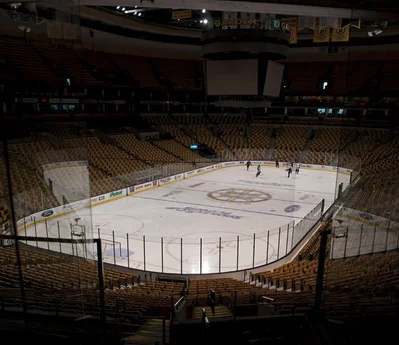 The Boston Bruins are a cornerstone franchise of the National Hockey League, forming and joining the league in 1924. They are the first American NHL team and are a member of the “Original Six.”

Many legendary players donning the black and gold dominated opposing players (and even entire teams) on the ice, and contributed to the franchise’s 26 division championships and six Stanley Cups, all while riling up fans at their home ice and across North America.

In honor of sports betting platforms like DraftKings Sportsbook Massachusetts inching closer to launching in the Bay State, here’s a ranking of the top five Bruins of all time.

The players’ ranks were based on several factors, including dominance over the rest of their competition, the strength of the era in which they played in, stats, accolades, legacy, and team success.

Shore was a violent defensive presence who made his mark by spending a lot of his time in the penalty box, but it was his vicious playstyle that made him a Bruins icon.

The only performance-based award given out during Shore’s time was the Hart Trophy, and boy did he make the most out of that one award. He won the Hart Trophy four times, most of any defenseman and third-most overall, along with eight All-Star selections (seven First Teams).

Shore is seen as the first major star in Bruins history. He led Boston to its first two Stanley Cups, paving the way for one of the most successful franchises in NHL history.

Patrice Bergeron has only known the colors black and gold for his entire 18-year career.

Bergeron’s impact on and off the ice was influenced by his elite skill set and his leadership and sportsmanship, and he proved that by winning the King Clancy Trophy and Mark Messier Award. He also has won four Selke trophies and has been selected to three All-Star teams.

Still an active player, Bergeron currently ranks fourth in points, goals, and assists for a Bruin, with room to move up the ladder. He also led the league in plus-minus in the 2011-12 season.

Bergeron’s shining moment occurred in Game 7 of the 2011 Stanley Cup Finals. He scored two goals, including the game-winner, to give the Bruins their first and only Stanley Cup championship since 1972.

Phil Esposito was known for his supreme clutchness and relentless ability to score even strength, power play, and shorthanded goals. He led the NHL in goals six times, assists three times, and game-winning goals three times. Esposito also shot the puck from anywhere and at any time. He led the league in shots four times, most notably in the 1971 season when he had 550 shots.

Esposito’s contributions to the Bruins’ two Stanley Cups were often left unnoticed because he played alongside Bobby Orr. However, the dynamic duo complemented each other beautifully, with Orr handling defensive duties and Esposito manning a strong scoring attack.

Ray Bourque is one of the greatest defensemen in the history of hockey, ranking first all-time in career points, goals, and assists at the position. He is the Bruins’ all-time leader in games played, assists, and points while being selected to 18 All-Star games (second-most all-time) and 12 First Teams during his time in Boston.

He never won Boston a Stanley Cup, but he was still beloved by the city for his long tenure with the team. His statistical longevity was great enough to earn the number-two spot.

Unlike many other rankings, the top player here wasn’t a controversial pick. Not only is Bobby Orr undoubtedly the greatest player to ever wear that large “B” on his chest, but he’s also in the conversation for one of the greatest players in NHL history, and his resume says it all.

He started his illustrious career by winning the 1967 Calder Memorial Trophy (NHL’s version of Rookie of the Year), before earning 9-consecutive All-Star selections. The defenseman went on to lead the league in plus-minus six times, in points two times, and in assists five times.

“Number 4” revolutionized the defenseman position, as shown by his eight Norris trophies. He is the only defenseman to win the Ross Trophy for top scorer, and he did it twice!

Orr was the catalyst for the Bruins’ 1970 and 1972 Stanley Cup championship runs, winning the Conn Smythe Trophy in both postseasons. His goals are among the sport’s most iconic, and he simply put the Bruins back on the map after 29-straight Stanley Cup-lacking years.