Thornton in Their Side

Last week the Bruins had an impressive road win against the very pesky Senators. The game featured another strong  performance from the Bergeron line, a goal by David Krejci, and a memorable night for rookie Carter Camper, scoring his first in the NHL. The Sens made it a nail biter when Daniel Alfredsson just starting letting seeds fly from the half wall. Only an empty net goal iced the two points and finished a long road trip off on a positive note. 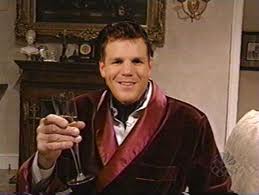 There was something missing however, something the Sens took full advantage of throughout the game. The Bruins were without their tough guy Shawn Thornton, who was ailing with the flu. Don't get me wrong, the Bruins have plenty of tough costumers, see Adam McQuaid and Zedano Chara as prime examples. But it is Thornton that polices the ice for the Big Bad Bruins and without him in the line up you could clearly see his value to this team. 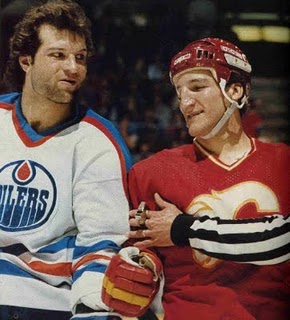 It started with Chris Neal leveling Johnny Boychuk with a legal but crushing hit. It then manifested into Kyle Turris taking a run at Joe Corvo, hitting the Bruins defense-men in the head long the boards. There were several other big time hits in the game and it is my contention that if Thornton was taking his regular shift some of these hits would not have happened. Because of Thornton's absence Chara felt he needed to answer the Neal hit by dropping the gloves. This resulted in the Bruins best D man being in the box for 5 minutes while the Sens mounted a furious comeback. The Sens must have been thrilled with the Neal for Chara trade off.

Fans of the NHL that want tough guys out of the game just do not understand the value they bring to a team. Just ask Wayne Gretzky how he feels about Marty McSorley or Dave Semenko, and you will get an idea of how valuable the Great One thought these guys where to his career.

Fast forward to tonight, let's hope Thornton took plenty of Theraflu because the Sens got some explaining to do. Hockey players have long memories and I am sure Thornton knows exactly what he needs to do for his team tonight.