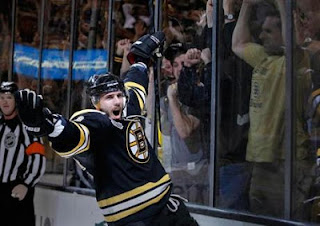 In an interview given by Czech media Bruins Center David Krejci spoke out about Commissioner Gary Bettman and the lockout.


“We want to play. We’re the ones who are doing the show in the NHL, but Bettman thinks it makes him...It is unfortunate that the NHL has such a guy. It’s a shame for the entire hockey world. Treats us like animals.”


Good for Krejci it's about time the players start putting in their say. This whole lockout is becoming more and more ridiculous. I thought the 50-50 was fair, but now thinking about it why should approximately $1.5 billion be split amongst 30 owners when on the other hand we have approximately 500 players splitting the same amount. The owners are greedy and that is such a shame. 50-50 looks good to the eyes, but when you dissect it the players yet again get screwed. Thanks Bettman