Nothing is Looking Promising 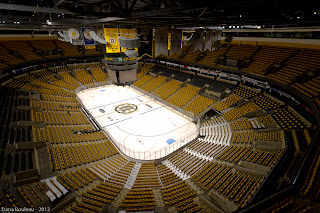 The NHL and NHLPA met briefly earlier today for two hours continuing the talk from Saturday on hockey related revenue. There were no talks about the division of shares.

It looks like Bettman and Fehr are really fucking over everyone here. They complain so much about the shares of revenue, but now they are out roughly $100 million from the preseason. Beats me but $100 million divided anyway sure as hell sounds better than $0 coming into either the players or owners. But in the end the owners will still make their billions, it truly is a shame.

Disgusted is the only word I can use to describe this lockout. I haven't always been a big hockey fan, but after attending the Black Friday game in 2008 I have watched nearly every single Bruins game. Heck, I was even watching shitty feeds of games online while I was in school in Florida last season. It just goes to show that they really don't care about the fans. I already made a decision that if the season does happen I am not buying tickets to any games. NHL tickets are already inflated as it is. I can barely afford shit seats in the nosebleeds, but I can buy 2 tickets to a Celtics first round playoff game for half the price of a Bruins regular season game. It is becoming ridiculous when it is us the fans who are the real source of income for these rich pricks.