Things To Look At...If We Have a Season 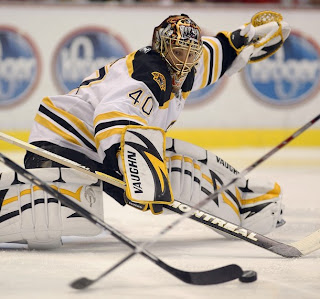 It is unsure if a deal will come, but I am being optimistic and hoping they can come to an agreement and start the season on time. Fingers crossed.

However, if a season does happen here are  few things I will be looking at for the Bruins

1.) First off it will be interesting to see which David Krejci and Milan Lucic we get this year. Yes Krejci played well during last season, but come playoffs he was non existent recording one goal and 2 assists. For a player that Julien didn't want to ship in the off season it will be interesting to see if he is more consistent. That goes the same for Lucic. Lucic put up solid numbers in the regular season, but just like Krejci disappeared once the playoffs hit only registering 3 assists. Yes some may say he is a grit player, but for the $6million a year the Bruins gave him I want to see him perform exceptionally well.

2.) Second, I want to see how Brad Marchand and Tyler Seguin live up to their hefty contracts. As you see in any major sport once a player receives his pay day they end up not living up to it. It will be interesting to see how these two young guns can keep their momentum going and continue the success they have achieved. This also goes with Lucic as he also received his pay day.

3.) Can Tuukka Rask carry the team? I have always liked Tuukka but always felt that after the dreaded Philadelphia series in 2010 that Rask lost some confidence. I also felt that every game Rask played in the team didn't play as hard as they should have not supply him with the big leads they would to Thomas. It will be interesting to see if Rask can create a name for himself and become one of the top goaltenders in the league.

4.) Will Nathan Horton return to the goal scorer he once was? After suffering that terrible concussion during the finals in 2011 and then another last January it looked like Horton could be done. However, the Bruins seem to think he is going to come back strong this year (or they would have perhaps pursued a play maker). The one thing the Bruins lacked during the second half of the season was that consistent goal scorer. Horton will be the key to the Bruins success, they need that player that they can count on when they need one quick

5.) My final thought is how great is Dougie Hamilton? Will Hamilton play up to the hype if he gets to play for the Bruins this year. Can he be that defender that can help on the generate offense on the blue line? I look forward to seeing this kid play and seeing him become one of the top defenders in the league.


Well, let's keep our fingers crossed and hopefully a deal can come before the season is supposed to start. If not it is going to be a shame that we are going to be left with watching college hockey, football and basketball all winter.