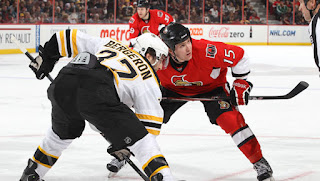 So far this season the Senators are 12-6-2 and are 5th in the East behind the 4th place Bruins. The senators have been riddled with injuries in the lockout shortened season including star offensive defense man Erik Karlsson and starting goal tender Craig Anderson.

1) Ben Bishop. In place of usual starter Craig Anderson is backup goalie Ben Bishop. Bishop is a massive 6'7 tender who was picked up in a tade with the St. Louis Blues. Bishop has 2.17 goals against average and a 4-2 record in Andersons absence. The Bruins should take advantage of the young goalie.

2) Marchand The Little Ball of Fire. Marchand leads the Bruins with 10 goals and has been in all the right places at all the right times. The little ball of hate, the nose face killah, Marchmont no matter what you call him, Marchand has been the best Bruin on the ice this season by far. With Seguin and Horton looking like theyre finally getting back in top shape and Marchand becoming a great scorer the Bruins will have a much better offensive pressure. 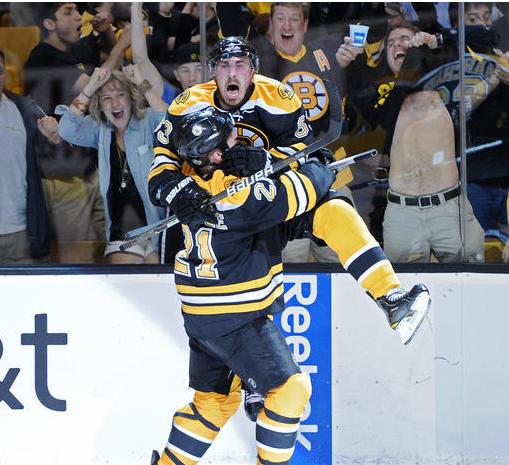 And maybe a new first line?