Claude Has Had Enough

After the disappointing road trip, where the Bruins went 1-3-0, the Bruins are finally back home and Claude has made some changes.

Claude finally decided to switch up the lines, something I would have thought would never happen.


Bergy said the switches will be just about finding some chemistry and working together; "it's for the team"^CS
— Boston Bruins (@NHLBruins) March 24, 2013

Looks like Claude is sending a message to his players, that if they don't play well they will get moved around the depth chart.

Hopefully the realization has set in for a number of the Bruins( Lucic, Horton) and they put it into first gear come tomorrow night. 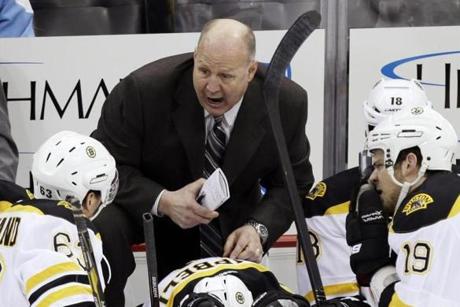