Bruins In Need of a Trade 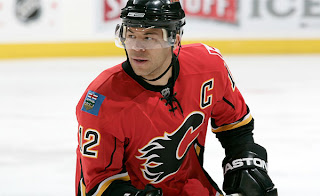 So the NHL season is more than half over, and the Bruins sit near the top of the Eastern Conference yet again. The B's have played some of the most solid and complete hockey of any team in the NHL this year, resulting in 43 points through 29 games played. Yet it can be argued that something is missing from this team. Do they have a sniper that can bury the puck consistently as the games wind down and points become more and more valuable?

The suggestion that the team needs an upgrade on their top two lines is in no way a shot at the players that occupy those spots. The Seguin, Marchand Bergeron line is one of the most dominate and dynamic in the NHL, and certainly mixing around those 3 would probably not be in the best interests of the team. However, the 1st line for the team has not consistently played at a first line level through almost 30 games. There are 19 games left in the year. David Kerjci, Milan Lucic and Nathan Horton sit at 24, 17, and 16 points, respectively.  Lucic and Horton have struggled to score on a consistent clip. In a shortened season and points being as important as they are, the Bruins could certainly use an upgrade on offense.

The name that has been thrown around since nearly the off season two years ago is Jarome Iginla. The question is, what would it take Calgary to give up their franchise player? The team sits dead last in the West, tied with Colorado with 26 points. People think it would take an arm and a leg for the Flames to trade away their best player in the past 20 years, but I am not one of them. Even though it was under different circumstances, just last summer the Rangers acquired Rick Nash from Columbus for Brandon Dubinsky, Artem Anisimov (ANISIMOV?!) a 1st Rd pick and a prospect. Now Dubinsky and Anisimov are solid players, but they are not the best the Rangers had to offer. People always assume that for a trade to go down, one team needs to unload their best assets. But every few years (Ahem, Gasol to the Lakers...) a trade happens that blindsides fans and makes them wonder "how in the world could they have agreed to that?"

The Bruins are in a unique position. It is almost extinct now in the modern NHL, save for the Red Wings, where a team consistently wins at the highest level. Stanley Cups are the hardest championships to win in sports. It is because of the nature of the game: goalies get hot, the puck bounces the wrong way, a player gets caught out of position on a line change. Hundreds of things can go wrong in a quest for a Title, and for the Bruins, the time is now. If Peter Chiarelli can pull of a trade that brings an Iginla-type to Boston for the stretch run, he has to pull the trigger. He did the same in 2011, and the Bruins won their first Cup in 39 years. People cannot be concerned about the prospects that he may give up. Those players will pan out 2-3 years down the road. The Bruins have to gun for the Title this year. They cannot hold anything back.
If the team sits idle at the deadline and flame out a second consecutive year in the playoffs, the Bruins brass will catch some serious heat.

The time is now to go for a 2nd Title in three years, as nothing is guaranteed in the NHL. Just ask Pittsburgh. In 2009, after they beat the Wings in Game 7, the talk of a new Dynasty was all the rage. Since then, the Penguins have not made it back to the Eastern Finals. Albeit a variety of factors have derailed their quests for another Title, the point remains. It is a perfect example of how teams cannot be passive.

The Bruins have to win now, and not be concerned so much about the future that would inhibit them from pulling off a deadline steal that can put them back on top in 2013.