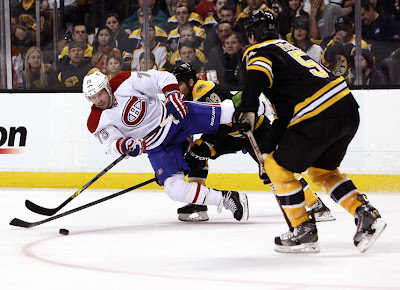 Hab's fans flooded social media after the Canadians beat the Bruins. The rivalry and hate expanded to a new level, as fans could be as nasty and vicious as they want with out having to throw any punches. Great for a fanbase in French Canada, eh?

But the Canadians have been great all season and are in a tight race with the Bruins for first in the North Eastern Division. P.K. Subban has been excellent and fans are starting to forget about the rough contract negotiations with the young defenseman.

Carey Price also continues to prove why it was wise to choose him over Halak. So far this season Price is 16-6-4 with a 2.28 goals against average.

1) Lucic. Milan Lucic was demoted to the third line due to his poor play. The goal of the move was to get Lucic going again. To get him mad or at least scoring. It worked and Lucic skated with a purpose against the Leafs. He scored one goal and made the third line look as good as it used to. Lucic shouldn't be brought back up yet, it was one goal, but one person that needs to score is Horton. 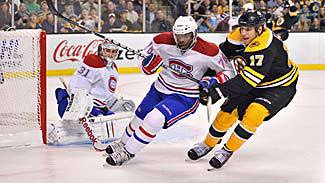 Now it may be time for blood to spill; and who better to spill it then Milan Lucic. No one is scarier than an angry Lucic. Hopefully Prust will step up and fight Lucic. An angry Lucic. Make him regret ever going to Montreal.

2) Horton. Nathan Horton is still recovering from a concussion. But now he is 30 games in and it's time Horton starts scoring some timely goals again. Horton has been slumping as bad as Lucic has been. It has reflected in the Bruins play as they struggle with goals, because besides Seguin, Horton is the heart of the offense. It's time Horton step up and score.

Something to get the rivalry brewing again. 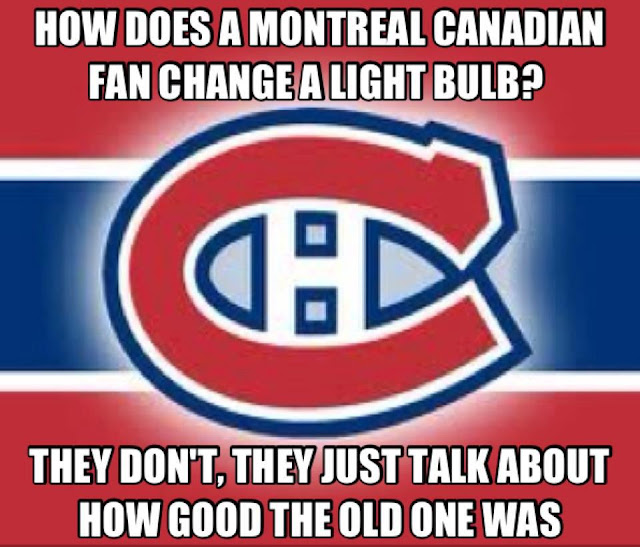