The Bruins lost to Winnipeg Tuesday night after blowing a 1-0 lead in the third period. The Bruins have been flat recently which reflects on thier .500 record in the past 6 games. Now the Bruins face division rivals the Ottawa Senators. The pesky Senators.

The Senators continue to win even through thier many injuries. Something the Bruins are starting to relate to. The Bruins have lost Kelly for the season. McQuaid and Krejci are out for a few games to a few weeks.

Stepping into the thick of things for Krejci is Ryan Spooner. Spoons impressed in his first big NHL game. "Impressive" really means he didn't puke all over himself on the ice. Not one defensive lapse from the kid and even a few scoring chances. Steeping in for Adam McQuaid is veteran defenseman Aaron Johnson. Johnson has played very well stepping in for any Bruins defenseman whos gone done. A viable 7th defenseman.

1) Time To Score. If the Bruins don't start scoring consistently soon than a trade is immenent. As if it wasn't before. Now the Bruins really need the first and second line to score with the deteriation of the ever stable third line. Untill the Bruins bolster their line up the two lines need to get thier scoring up.

2) Ottawa Is Home. Ottawa is a good team. They have pulled together through injuries and at least have a shot at making the playoffs. Which is more than the Islanders can say. Ottawa is now a respectable team with a great fanbase. Ottawa fans are diehard fans that arn't isane. The Bruins have a true competetor in their division for a while... and Detroit next year. 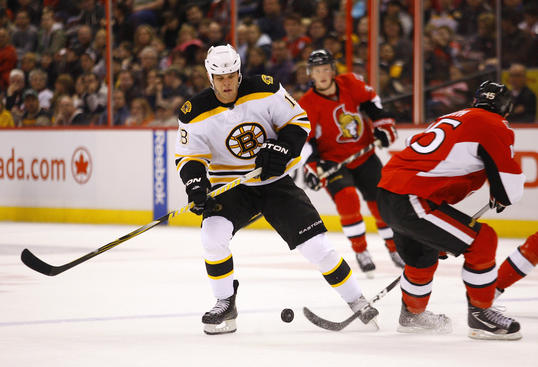