Keys To The Game Vs. Winnipeg

The Bruins are heading to middle Canada after a tough loss against the Pittsburgh Penguins. The Penguins beat the Bruins 2-1. But now the Bruins turn towards the Jets who are a very tough team at home. 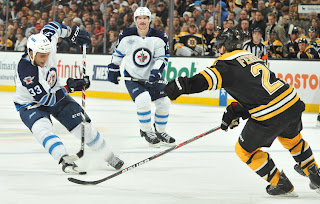 The Bruins are 3-4 in the last 7 games against the Jets in Winnipeg. Winnipeg so far this season is second in the SouthEast with 32 points (15-12-2). Carolina is in first place but they also have 32 points with a 15-11-2 record. Every game is important for the Jets because the division is on the line for the Jets.

1) Krejci Out. David Krejci sustained a knee injury off of a Boychuck slapshot. Krejci didn't break any bones but the knee is very sore and Krejci will be out against the Jets. Replacing Krejci is prospect Ryan Spooner. In 50 games Spooner has played 50 games and has 12 goals and 33 assists. Spooner doesn't need to put up good offensive numbers. And he's not expected to. As long as Spooner doesn't make huge rookie mistakes, he'll be fine. It helps to have Horton and Lucic around the young kid. 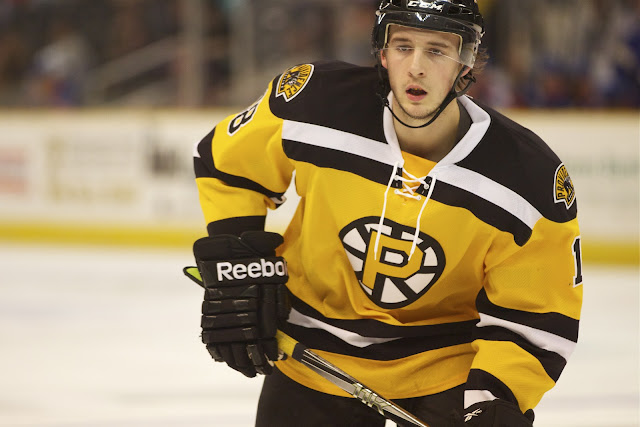 2) Third Line Woes. The third line continues to struggle in the scoring department. Chiarelli has to make a trade, or two, for new pieces. But untill then the third line will have to try and step up their game. The third line is strong defensively and doesn't give up cheap goals or allow passing lanes. At least now without Bourque. But the third line also doesn't score. And line depth was one of the reasons the Bruins won the cup. Peverly especially needs to get the goals churning.