The Bruins were defeated tonight by the Philadelphia Flyers 5-2 in another disappointing show of effort.

Things started off well for the Bruins as new defense man Wade Redden scored a goal to make it 1-1 in the first period. It was the second period when things went down hill for the Bruins. In 7 seconds the Philadelphia Flyers scored two goals. The second of the two goals wasn't even put into the net by a Flyer. It was the Captain Zdeno Chara who passed the puck into Khudobins pads and it was the Bruins fan base who watched in horror as the puck slide right into the net. You'll probably be able to watch the video on sportscenters not top 10. Considering it's not on you tube yet.

But hey. At least sportscenter will be doing something with hockey. It'll even be a Bruins high light! Or... low light. 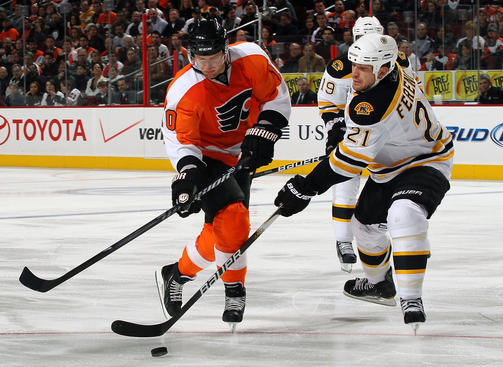 1) Wade Redden: Wade Redden played really well for an old defense man. He scored a goal and then almost scored a second soon after. If he and the whole team didn't collapse in the second, he could have easily of been the first star. If Chiarelli found another piece that fits perfectly like Peverley and Kelly did, than his conservatism once again can be excused.

2) Marchand-Bargeron-Seguin: The top line for the Bruins tonight seemed almost non existent. The Bruins now depend on Brad Marchand to score and Tyler Seguin to generate some offense. But tonight the line seemed to just be going through the motions and the best line was clearly the Kelly-Soderberg-Jagr line. Claude Julien should really put a Krejci-Soderberg-Jagr line together and watch the fireworks fly. 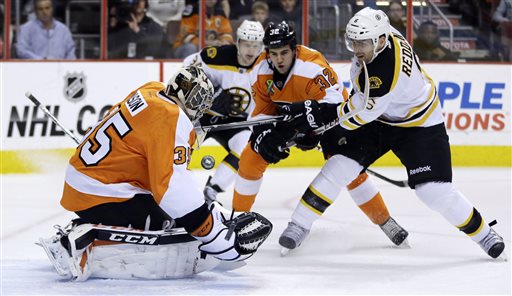