Keys To The Game Vs Hurricanes

As the playoffs draw near the Bruins continue to fight for the Northeast division. It helps going up against a bad Carolina team.

The last time the two teams squared off the Bruins won 6-2. Despite the scoreboard it wasn't necessarily the Bruins best game. The Canes are without Cam Ward which directly reflects on the score card. Carolina's goalie Peters gave up three goals from wrap arounds and then Ellis gave up the other three.

Carolina was able to score two goals but it was too little way too late. Though the game looks like it could be another blow it, I wouldn't be suprised of the Canes try to go out with a bang and play hard against the Bruins.

1) Dealing with injuries. With both Marchand and Bergeron both injured the Bruins are missing their leading goal scorer and most important player. Without Marchand the Bruins already struggling offense has taken a big step back. Now all eyes turn towards Horton, Krejci, Jagr, and Seguin to pick up their offensive load.

2) Almost Playoff Time. It's about time Claude Julien pulls his head out of his behind. The lines arnt working and Claude scrambles them to equally stupid lines. With the playoffs approaching its time Claude stops screwing around and sets the line standards. Why won't he put Jagr with Krejci? Claudes conservative attitude is keeping the team from winning a cup. They don't have Tim Thomas anymore. The Bruins can't rely on a shutout or one goal games anymore. Sorry Cluade but you're going to have to take some chances and grow a pair. 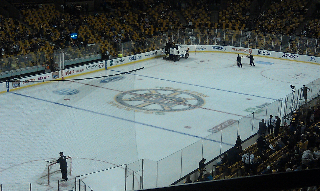 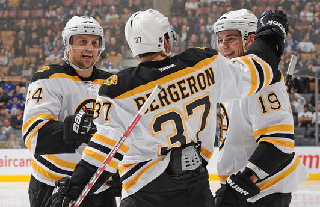