Its time for the second game of the NHL season as the Bruins look to take on their new division foe the Detroit Red Wings.

So how can the Boston Bruins keep up with Detroit's fast yet physical play?

1) Play Physical. The Bruins need to try to turn the game into a brawl. They have to hit Detroit in the mouth and hit them hard. We might see a lot of the merlot line tonight to rough up Detroit. 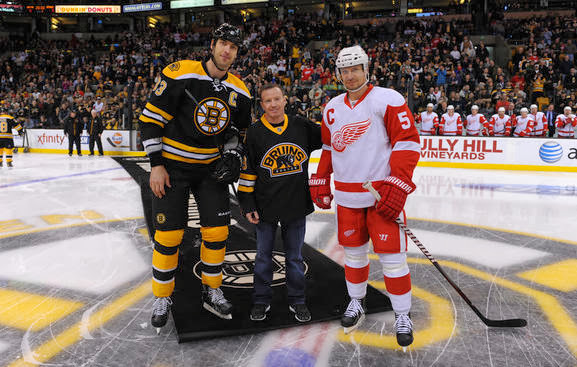