Bruins vs Sharks: keys to the game 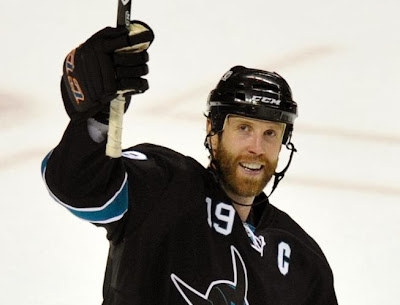 Wednesday night was a great night for Boston sports fans seeing both the Red Sox and Bruins win their games. Though the Red Sox win may just have been a little more important. Tonight both teams play again as the Boston Bruins go up against the San Jose Sharks.

The Sharks have a very impressive 8-0-1 record so far this season. The Sharks have gotten what they need out of their top offensive performers Patrick Marleau and Joe Thornton have a combined 8 goals and 14 assists. Of course the Sharks have also gotten a lot of help from their new stud Tomas Hertl who has 7 goals alone and 3 assists just 9 games in to his rookie season.

The Bruins themselves have been impressive this season and played great against an awful Buffalo Sabres team. But thanks to that goon the Sabres call a hockey player, John Scott, Loui Eriksson will miss tonights game and probably more after Scott elbowed him in the head.

1) Grind It Out. The Bruins did have to play last night and it was an away game in Buffalo. Tonight the Bruins will have to try to avoid fatigue to get points against the wicked hot Sharks. The Bruins will just have to grind the game down and protect the front of the net.

2) Absence of Eriksson. Tonight Loui Eriksson wont be in the lineup and so tonight both Jordan Caron and Carl Soderberg will be in the lineup. The Bruins wont miss Eriksson much, they have played a lot of games without him, so it'll be interesting to see how both players do in the lineup.