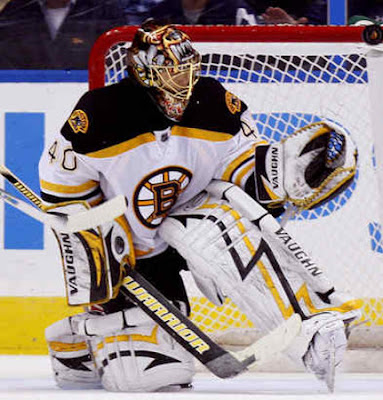 The Boston Bruins are in Detroit as they prepare to take on the Detroit Red Wings. It'll be another tough matchup for the B's who are coming off an impressive game against the Pittsburgh Penguins. Of course Friday we have another great game to look forward to as the B's take on the New York Rangers.

The Red Wings continue their run as one of the best teams in the NHL. They may not have the best record but they are always in the hunt for the playoffs and a deep cup run. The Wings are continuing that trend this season with a 11-7-7 record. The Wings are 20th in the league in goal scoring, behind the Bruins, who believe it or not are in the top 10 of the league in goals scored.

The Bruins even more impressively are first in goals against. Its impressive but not suprising for the defensive and tough Bruins. It also helps to have a goalie like Tuukka Rask in net. Rask has an astonishing 1.69 GAA and a .943 save percentage.

1) Datsyuk And Zetterburg: Right after facing the Pittsburgh Penguins the B's have to face the Wings. From Sidney Crosby and Evgeni Malkin to Pavel Datsyuk and Henrik Zetterburg. They have combined for 22 goals and 29 assists this season. It'll be tough for the Bruins to have to go strait from the Pens to the Wings but the Bruins will have to shut them down.

2) Scorey Krug: Krug scored the game winning goal against the Pittsburgh Penguins Monday night in OT. I was at that game and let me just say off the record, it was wicked pissah. Krug has 7 goals and 8 assists so far this season. He really is the puck moving defense man that Chiarelli has been looking for. The best part is we didnt have to trade a Sobotka to get him, imagine that, Chiarelli.