Bruins vs Canucks: keys to the game 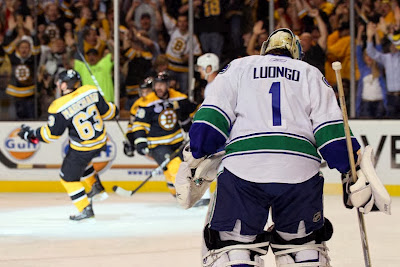 The same day the Bruins got word on Shawn Thorntons suspension they are going to play their old foe the Vancouver Canucks. But Vancouver has a new coach, one that the Bruins are very familiar with, John Tortorella.

The last time the Bruins were on Vancouver ice they where hoisting the Cup. At that time in history, Alaine Vignualt was the Canucks head coach. Now its someone that NHL fans hoped would make the franchise more respectable, Torts. Fans hoped that Torts would get rid of the embellishment problem the Canucks have had and instill his tough defensive gameplay.

Did he? Well we will see tonight Bruins fans.

1) Dealing With Illness: The Bruins have been dealing with a flu bug this entire trip. Now it seems as if Reilly Smith has come down with sickness. The rising star will. Have to push through the illness though or the Bruins will have to double shift. Either way, avoiding fatigue will be crucial in this game.


2) Marchand: We all remember what Brad Marchand did in the Stanley Cup versus the Canucks. He scored goals and got under the Canucks skin. Most memorable was when he punched Sedin in the face repeatedly and Sedin just took it and whined to the refs. Perhaps seeing his old foes and remembering his past success can light a fire under Marchand and finally get him going.