Thornton/Orpik Incident... The Talk Among the Town, Expert's Take 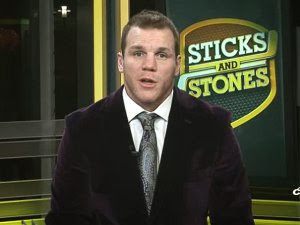 Being a hockey player, I know from first hand experience that emotions run high on the ice. This was obviously the case in the Pittsburgh/Boston game, where I'm going to skip over re-explaining what happened, since I think it's fair to assume that everyone already knows.
I also know that what happens on the ice, isn't always so obvious to everyone who isn't on the ice. With the Thornton incident, there was more exchanged between players that we don't, and probably never will hear about. That's how the game goes. There were reasons that what happened, happened.
I'm not justifying what Thornton did, and he isn't trying to either. He would be the first one to tell you that things got out of control, and that he let his emotions get the best of him. There's two sides to this, and I think that Joe Haggerty of CSNNE.com explained Thornton's actions very well:

Thornton is looking at a 10-game suspension from the NHL lawmakers, and the watery eyes and cracked voice after Saturday’s game vs. Pittsburgh revealed a player that was ready to take responsibility. Thornton knows that his clean, honest reputation built over 11 NHL seasons will now take a hit, but some of his NHL brothers understood exactly where he was coming from.


Haggerty was partially referring to Flyers analyst Rick Tocchet, who spoke to Josh Yohe of the Pittsburgh Tribune-Review on the controversial topic:

“I love Brooks and the way he plays,” Tocchet said. “But, when you play on the edge the way he does, I personally think that you should fight, at least occasionally. I don't think Brooks is a dirty player at all, but when you play that style, you're going to have some borderline hits on occasion. They're impossible to ignore. So I think it would serve him well to fight some of the time.”


Tocchet spoke on the greatly debated belief that fighting polices the sport, and supports the idea. Tocchet was far from justifying what Thornton did, but he did understand where he was coming from:

“I truly do,” said Tocchet. “Look at what happened last night. You know coming into the game that Boston is sensitive because (Johnny) Boychuk just got hurt (against Montreal). You know the Penguins and Bruins don't like each other. So when you hit one of their best players on the first shift, even though the hit was totally clean, you know things could get nasty.”


Matthew Barnaby, a former agitator in the NHL, also tried to explain what happened in his blog:

"Zdeno Chara and Shawn Thornton do what good captains and great teammates do . . . They stand up and challenge Orpik for concussing one of their star players. Many feel that you don’t have to answer for clean hits, but those are mostly from people that never have laced ‘em up, or have never played at the level that these guys play,” said Barnaby. “Big hits are a part of the game. So is intimidation and defending teammates. So I love what Boston did in defending Eriksson early on.”
“Shawn Thornton is a great teammate.  I played with Shawn in Chicago. I fought him when I was with Dallas. I continue to talk to him years after I retired, for in game insight, interviews, and because I really think he is a great guy. To me he epitomizes what I think a tough guy in the year 2013 should look like. 1- very tough 2-team 1st 3-play valuable minutes 4- honorable.Saturday night he exemplified a lot of what I love about [Shawn Thornton]. Stood up for a teammate. Tried to put the team 1st but honorable was NO where in sight. What Thornton did was disgusting. He wanted a fight, and wanted to make Orpik pay for hurting one of their stars,” wrote Barnaby. “He wanted to show everyone that Boston will not be bullied and that there is a price to pay for hurting one of theirs.
“I love that mentality and always will. Sue me!! That’s who I am. Once Orpik was obvious in showing that he wanted nothing to do with fighting, that’s where it should have ended. Instead Thornton took it upon himself to slew foot, knockout, and continue to punch away at a defenseless player.”


Barnaby also had some more to say about the game, including a justification of Neal's knee to Marchand's head (that one was a bit too far for me, I don't think Marchy did anything to deserve that)

“Thorny did cross the line, and some others did too. You have to man up to those things, and I think he did,” Julien said in Toronto on Sunday “He’s being truthful. That’s more than we can say about players that pretend that it wasn’t done on purpose.” (I think it's safe to say that last part was referencing Neal)

But out of all of the people that had something to say, I think this one stirred me up the most:

This one got me for a couple of reasons:

First of all, I think Mike Felger (in the middle) is the man. I have to admit that I haven't seen much of him, but from what I have, I can tell he's a guy with strong opinions, who isn't afraid to share them. (To see what is probably my favorite interview of all time, check the bottom of this article, where Mike Felger gave sportswriter Tony Gallagher a "suprise conversation" with Shawn Thornton, who Gallagher had been bad-mouthing. Trust me, you'll be very happy you watched it.)
Second: I have a bit of a problem with what Chris Gasper (right) says. Before he even says anything, I think it's hard for someone who doesn't play, and hasn't been in the midst of it to say whether or not fighting polices the game. Nothing against him, but he wasn't one of the players out on the ice, so it's really hard to say that it doesn't police the game.
Especially when he goes on to justify himself by saying that the policing didn't stop some other dirty hits from occurring. Obviously it won't stop every, hit! Nobody said it will. It will stop some. Saying it didn't stop a few hits is a bit ridiculous. And who's to say it hasn't stopped hits from happening. We don't know if a player lined up to clean somebody's clock from behind, only to stop because he considered the consequences. We don't know if this happened, because we aren't that player, and we don't know whether or not someone has held up because of it.
That, and he goes on to ask whether people like seeing players get carted off. Once again, this is irrelevant. Nobody said they enjoy watching people get carted off. People getting carted off after a fight is a freak accident, and it isn't a reason to rid the game of fighting, because it barely ever happens. (Take this for an example, it wasn't even a fight.) It doesn't make sense to me. I think it's an invalid argument. Fighting does not equal people getting carted off.
Nonetheless, Thornton will await his hearing, which is scheduled for Friday.


video via jacksun12 on Youtube
Man, I love that video.