Bruins vs Sharks: Eriksson and Thornton are back! 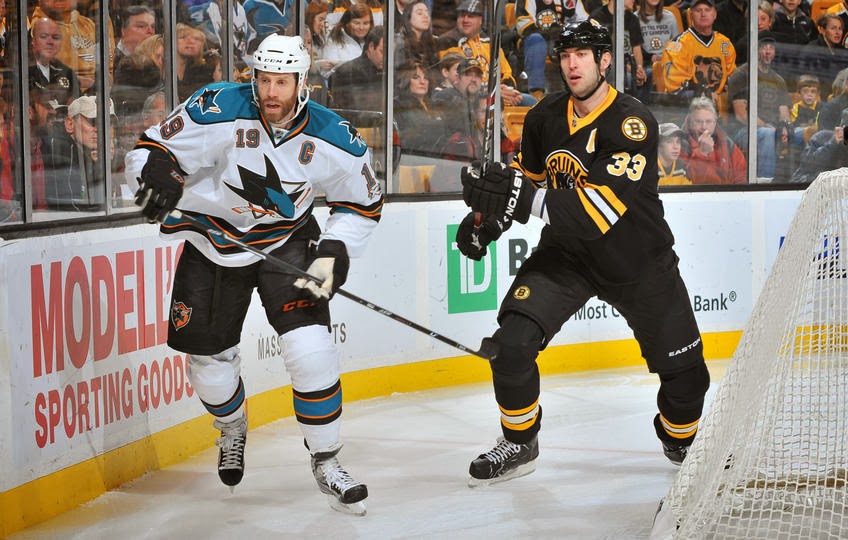 It'll be nice for the Bruins to get some normal guys back on the ice. Though Eriksson and Thornton wont help out much with the Bruins defensive problems, their presence will calm the Bruins down, and especially Thornton who is crucial in the Bruins clubhouse.

But tonight their opponent is another very tough team, the San Jose Sharks. It's going to be a very tough game for the B's. The Sharks are 16-1-3 at home and the Bruins are 10-10 on the road just showing how tough of a game it'll be. The Bruins will have to slow the game down and grind it out against the highly offensively talented Sharks.

Main Key To The Game: