Jack Edwards vs Peter Gammons: round 1

You know, Peter Gammons commenting about hockey is like me commenting about women’s fashion. It’s just absolutely not his spectrum. He has no validity. He has no credibility. If the guy were at the rink all the time, maybe we’d consider his opinion.

That was one of the comments famed NESN Bruins play by play announcer, and possible insane person, Jack Edwards had for Peter Gammons after Gammons tweeted the following regarding the full line brawl to start the Canucks Flames game:

Edwards had a lot to say about the tweet Wednesday afternoon on the Salk and Holley show on WEEI. I had the pleasure of sitting in a plow truck for hours on end Wednesday so I was also fortunate enough to hear the interview with Edwards. I was looking forward to it because if there is one thing Jack is it’s passionate for hockey. He’s passionate for the Bruins but a great defender of the game as a whole. Here is some more of Jack’s response:


If you’re going to paint it with that broad a brush and speak from a position of being a Hall of Fame writer in any sport, you at least owe the guys about whom you’re talking the chance to refute it to your face. If you want to write something nasty, if you want to say something nasty, that’s fine. It is your obligation to be standing in front of the dressing stall the next time those guys play in your town. Period. That’s just having enough sack to show up. That’s all. Not to throw some broad side out there of, ‘Oh, that’s why hockey will always be a minor sport.’

You know, Peter can have whatever opinion he wants. He can be as wrong as he wants. Hockey’s not a minor sport. Hockey is, in fact, the greatest sport in the world. I just can’t wait until other sports just decide that they’re above it all. And if there’s one sport in which you find guys who have an attitude that they think their poopy smells good, you know where to find it, and it’s not at the hockey rink. 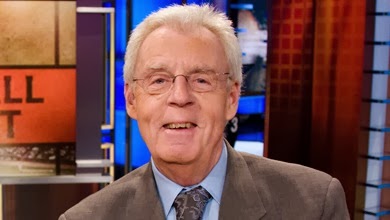 It’s no secret that, in America, sports like baseball, football and basketball get more coverage in the national media. They have the bigger contracts and the high profile stars that don’t seem to exist in the NHL. It is unfortunate that the only time the NHL gets the national media coverage it deserves is when something like this happens.

Now starting a game in the NHL by dropping the gloves, or an entire line going for a 5 on 5 brawl isn’t completely unheard of. I would say it is rarer than the benches clearing in baseball which seems to happen twice a week, Peter Gammons, but a line fight in the NHL isn’t that mind bending. However, making it all worse were the actions of Vancouver coach John Tortorella. He was 'Going Torts' over on the bench during the fight and then during the 1st intermission he tried getting into the Flames locker room to voice his opinion to Flames coach Bob Hartley even farther. If Torts could control himself this would have been nothing more than 3 minute highlight of the brawl which was essentially not that interesting aside from the fact 10 guys are out there going at it. Instead it’s a big incident that earned the Canucks coach a 6 game suspension and the biggest penalty out of everybody involved including the players involved in the fight. 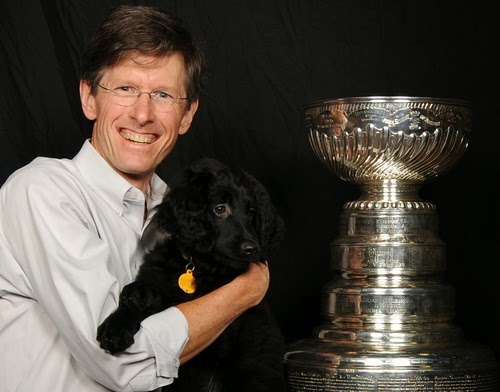 Tortorella is blaming Hartley saying that Hartley put his “idiots” out there so Torts had to put his out there. Idiot being a term of endearment I’m sure. Knowing Tortorella has a short fuse it wouldn’t surprise me at all if before the game Hartley said, wanna see Torts blow his stack, watch this, and put his 4th line guys on the starting lineup sheet. Just starting your energy line isn’t necessarily a move to create a brawl or start shit. We’ve seen the Bruins start the Merlot Line many times in the past. I think Hartley was trying to get under Tortorella’s skin and it worked.

Still, after all that, these aren’t the things keeping hockey a ‘minor sport’. If you don’t like hockey, you don’t like hockey. If you don’t like it because of the fighting, and the only time you pay attention to hockey is when there is a big incident like this then of course you’re not going to tune in all the time. But this is a rare occurrence and if somebody, like Peter Gammons, actually watched hockey he’d realize that. I don’t watch baseball all that much but I don’t pop off at the mouth every time it takes 5 minutes between pitches or when a batter charges the mound after getting hit by a pitch because, like Jack Edwards, I believe painting an entire sport with a broad brush over one incident is stupid.