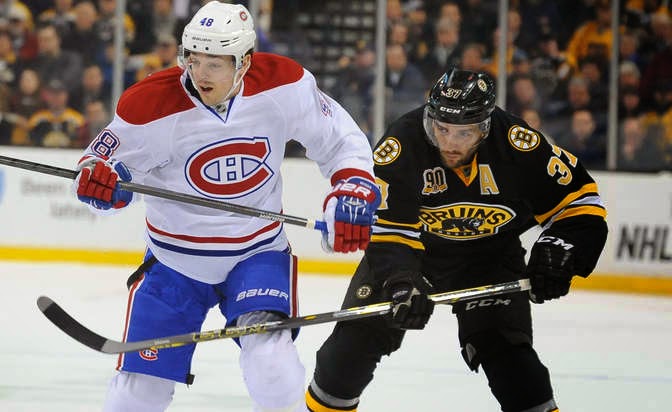 Its one of the most anticipated and hoped for series match ups out of the entire National Hockey League. Tonight the Bruins are going to play their bitter rivals, the Montreal Canadiens, and it should be an amazing series for Bruins fans, Canadiens fans, and really, all NHL fans.

1) Penalty Kill Time: The Montreal Canadiens power play has fallen a lot this season, and post season, but the Canadiens are still a major power play team. They focus their game on drawing penalties and scoring with the man advantage. The Bruins have a few guys like that on their team too, but nothing like Montreal, which is why the penalty killing unit will need to be almost perfect.

2) Paille Is Back: It's not a huge series changing boost, but having Paille back will help the Bruins breathe easier and will allow for more speed on the third line with Soderberg and Eriksson. Caron will most likely stay on the fourth line and Florek will be a scratch. (Most likely)