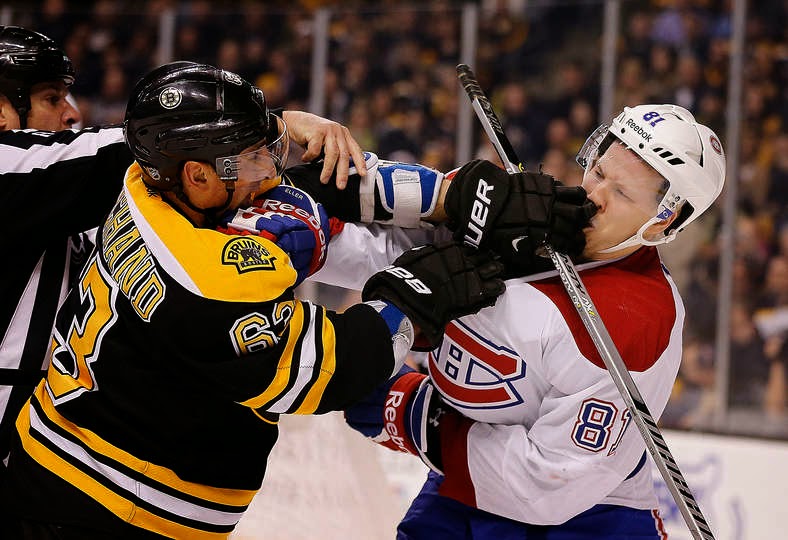 2) Montreal Is Winning The Battle: The Habs are winning the antagonizing battle. The Bruins players are mad, the coaches are mad, and the fans are mad. The Bruins need to start antagonizing without taking stupid penalties. Its a tight rope to walk but the Bruins will have to do it and they should look at Marchand to do it.

Game Note: Julien mixed the lines up A LOT in practice. Things may not look so similar come game time)