Caps will take on Hawks in 2015 Winter Classic 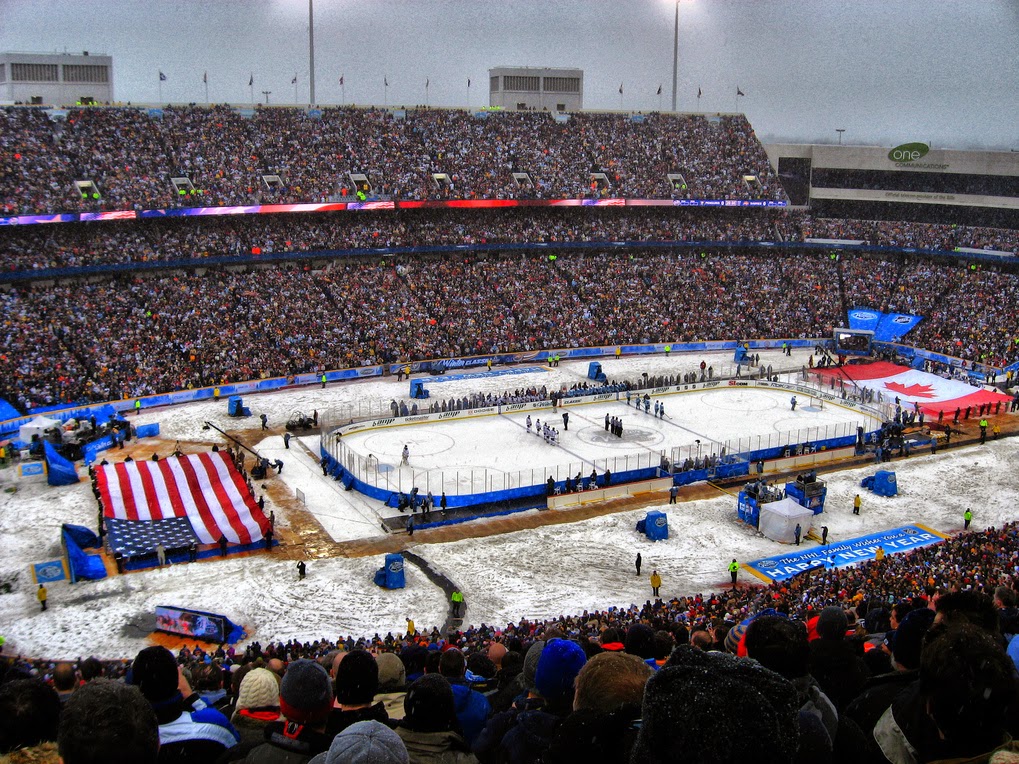 TSN has reported that the Washington Capitals, who just barely missed the playoffs last season, will host the Chicago Blackhawks in the 2015 NHL Winter Classic. Although no venue has been given yet, rumor has it that Nationals Park, which holds just under 42,000 fans, will host the game on New Year's Day.


The game will be the first inter-conference Winter Classic since the wildly popular even began back in 2008. This will be Washington's second winter classic, as they defeated the Pittsburgh Penguins by a 3-1 margin over at Heinz Field back in the lovely year of 2011. Chicago, too, has played in a Winter Classic before, when they lost to the Detroit Red Wings back in 2009.

While the regular season schedule will be revealed on Sunday, there are rumors flying around that the Bruins may be taking part in one of this year's Stadium Series games, possibly against, of course, the Montreal Canadiens. Stay tuned.