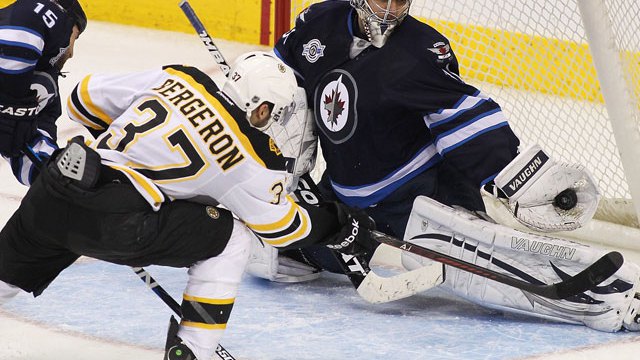 Aha! Take that local media! The Bruins do have the ability to win and they proved it tonight. The Bruins crushed the Jets 6-2. While the Kings are better than the Jets, the Bruins desperately needed to prove they had heart and could win an important game. This was an important game and they won big. While this is a good sign the team won't have to be dismantled, it's still very likely we will see them make deadline deals.

- Fights! Woah, hey, this is still the rough sport of hockey and it showed tonight. Zac Rinaldo squared off against Chris Thorburn, Matt Beleskey fought Tyler Myers, and Patrice Bergeron fought Blake Wheeler. Yes, you read that last one right, Patrice Bergeron fought his former teammate Blake Wheeler. I guess there might have been some truth when the Bruins front office said they got rid of guys who were bad for the locker room.

The video is below: