Seguin: Boston is My Home 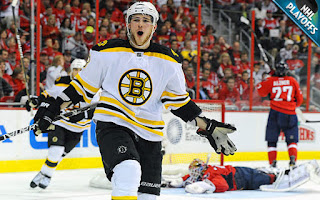 
"There's been discussions...It's looking good, and I'm looking forward to hopefully playing in Boston for many years. I want to stay here and start a life here. That's what I'm looking for."

With those two stars receiving those types of contracts, expect Seguin to also receive an extension in that ballpark. This would be an excellent move to wrap Seguin up long term. With the results he gave the Bruins last year (29 goals, 38 assists, 67 total points) it would be an insult if Seguin doesn't acquire his pay day. As many remember we got Seguin from trading Phil Kessel, and so far Seguin has proved that he has the potential to be one of the next NHL superstars.