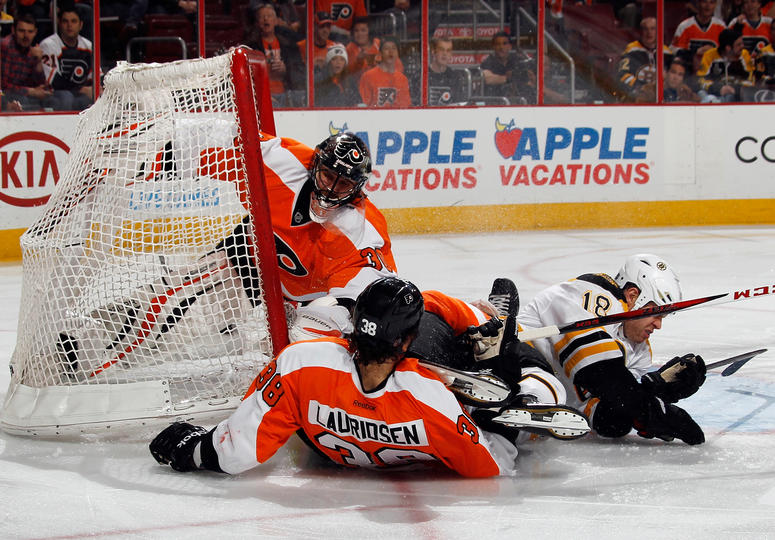 Ugly. The Boston Bruins looked like they cared less and looked like they could just show up and win, well they were wrong. Philly established a 2-0 lead early into the second period and the Bruins had to play catch up.

Nathan Horton scored at the start of the third to put some hope into the Bruins, but the Bruins showed no urgency in the final 2:30 skating half assley, and showing that really they don't care.

The Flyers then scored on an empty netter to seal the deal.

Again, the Bruins outshot their opponent, 34-22, but the lazy start came back to bite them in the ass.

They travel to Buffalo to face the Sabres tomorrow night in what is now a must win game if the Bruins want to try and regain the Northeast.

Hopefully Chiarelli does something come Wednesday's Trade Deadline. This team is in desperate need for a shake up.