March is Over, Thank God 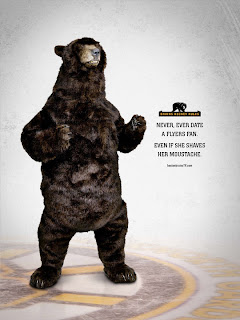 The Bruins have had a pretty miserable March, losing a number of games where they should have easily won, and looking terrible most of the time. Many fans are blaming the personell such as Claude, Chara, Horton and Lucic to name a few. Some are saying Chiarelli has no balls and won't make a deal, even though he offered a decent amount for one of the biggest names on the trade block.

I decided to do some research and compare this late season slump to other years. Here are the Bruins stats for the month of March for the past three seasons.

As we know, the Bruins were able to win the cup in 2011 with the 3rd overall seed in the East and in 2012 they finished 2nd overall in the East before losing to the Washington Caps in 7 games.

I remember banging my head off the wall last year when the Bruins were sluggish and they ended up being one of the favorites, before losing in the playoffs.

This year has been weird. The Bruins started off strong, before this recent skid started. They are currently in 4th place in the East, 1 point behind Montreal for a tie for the Northeast division.
The East really only has 3 strong teams in the Penguins, Habs and Bruins.

The Bruins can clearly use someone to help out on both offense and defense, but there is not need to go out and blow this team up. We have a ton of talent and it just looks like the legs are heavy.

Hopefully Chiarelli sees that this team is one or two players away from getting back on track, and hopefully the Bruins can go back to their winning ways. Maybe the Bruins players are scared that they could get traded. Who really knows, they just need to start playing their brand of hockey and get back on the horse.