Keys To The Game Vs Florida

The last two times the teams faced off was back in February. The Bruins won 4-1. It was considered the calme before the storm of a rough scheduele ahead. So far it has proven true.

The Bruins have lost Chris Kelly to injury, broken tibia, and now the already struggling 3rd line needs help. At first it seemed the Bruins would probably make a trade but now they have to. Kellys injury came just when the line was starting to improve. 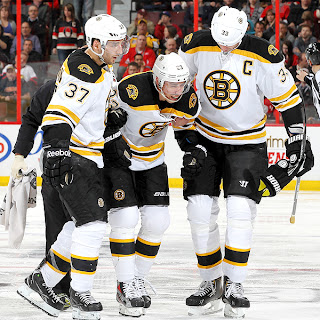 Fortunatly for the Bruins they are going up against a Panthers team who are 7-14-6. Though Florida has good players all around they have goal tending to thank for their record. No Florida goalie has a goals against average lower than 3 and none have a save percentage in the .900's.

1) Third Line Nightmare. With Kelly out the Bruins have lost not just their third liner but one of their most important penalty killers. Tonight the line will most likely be Pandolfo, Peverly centering, and Caron. The Bruins recently signed Anthony Camera who could be called up and also Lane MacDermid is someone who can fight, play defensively, and score occasionally. For now Jordan Caron will have to step his game up for the team. Untill the Bruins get someone like Morrow, Iginla, or Soderberg.

2) Third Period. The Bruins had to battle back from 0-2 to beat Ottawa and then the very next day had to face Pittsburgh. Mike Millbury said this is a huge factor in why the Bruins blew the lead by the end of the third. They just ran out of gas. But it's still a matter of concern. With the Bruins having to face the Capitals Saturday and then Pittsburgh Sunday fatigue will set in and the Bruins will have to grind these games out. If they have a lead going into the third, all eyes will be watching, ready to call the Bruins chokes.

3) Goalies. The Florida Panthers goalies have been horrendous. They really are the reason the Panthers are 7-14-6. The Panthers have great young forwards and like the Bruins are team orientated. This is why all hockey writers where concerned when it was rumoured Loungo could be traded to the Panthers. But it never happened. And the Bruins just have to attack the net. 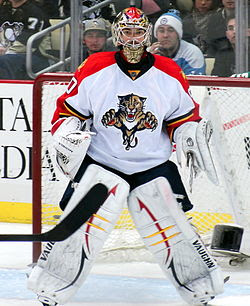