Matinee Hockey: In Game Keys To The Game Vs. Panthers

The Bruins play just one day after the most emotional game all year. It was also another lose late in the season. The Bruins were ridding a wave of huge emotions but it wasn't enough to overcome the Penguins.

Today the Bruins face a bad Florida Panthers team who are 13-25 on the season. To put that into perspective Ray Emery, Chicago's back up goalie, has 16 wins. The reason for Florida's failures is that very position, goal tending. 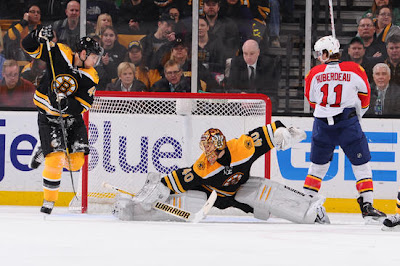 With poor goal tending the Panthers have no shot at winning long term. They have a good young team with good important veteran leaders. The Bruins have to be careful on defense because a lot of the forwards can score. Especially the shinning rookie star Jonathan Huberdeau who has 14 goals and 14 assists in only 44 games.

The Bruins are dealing with a lack of scoring and a lack of Tim Thomas. Without Tim Thomas the Bruins can't rely on a 1 goal game every night and because the Bruins are not scoring they are not winning. The lack of scoring can be accredited, in part, to Claude Julien, refuses to put a great offensive line on the ice. Claude wouldn't not put out a Jagr-Krejci-Soderberg line. Instead he put Jagr and Soderberg with Kelly and put Campbell and Paille with Krejci. For only some of the game though because he lacks the courage to keep those lines out there.

Carl Soderberg did excellent in his first game in the NHL though. He didn't score but he was working himself in front of the net like Lucic used to. And no one else on the Bruins were crashing the net or staying out front like he was.