After the Bruins loss on Saturday, and other results around the league, no playoff match up has been determined for the B's. This is the case not only for Boston, but for the Sens, Habs, Isles, Leafs, and even Pittsburgh. That being said, the Bruins' fate is in their own hands as they enter the 48th and final game of the 2013 Regular Season Sunday night. 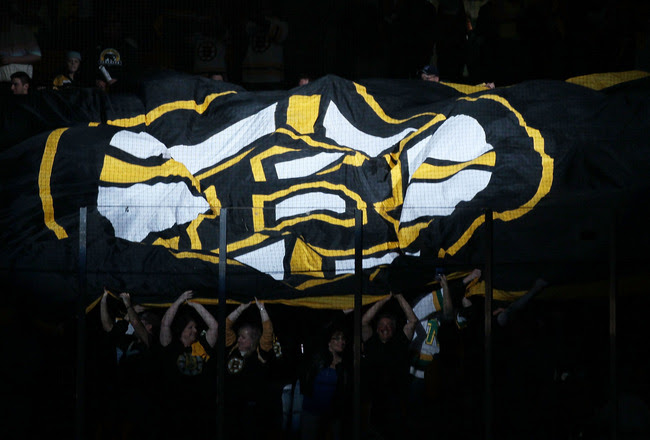 Depending on the outcome in Boston on Sunday, the Bruins can play either the Ottawa Senators, or the New York Islanders in the Eastern Conference Quarterfinals. With a regulation win against the Sens, the Bruins would win the Northeast Division title, and, as the number 2 seed, play the #7 New York Islanders in the first round (leaving: #1 Pittsburgh vs. #8 Ottawa, and #4 Montreal vs. #5 Toronto).
If the B's pull out an overtime or shootout win, they will be seeded #2 once again (winning the Northeast), but would play #7 Ottawa (leaving: #1 Pittsburgh vs #8. NY Islanders, and #4 Montreal vs. #5 Toronto).
Finally, with a Bruins loss, in either regulation, overtime, or a shootout, the Bruins will take the #4 seed in the East (Montreal wins the Northeast Division), and would play the #5 Toronto Maple Leafs (leaving #1 Pittsburgh vs. #8 NY Islanders, and  #2 Montreal vs. #7 Ottawa).
Note*******
*Regardless of the outcome in Boston on Sunday, the #3 Washington Capitals will play the #6 New York Rangers
**The Bruins will have home ice advantage for the Quarterfinals, no matter what the outcome is on Sunday
***All 8 Eastern Conference Playoffs slots have been filled (no seeding yet)