Bruins vs Blackhawks: Keys to Game 2

The Bruins are coming off of a tiresome loss in game one. The game went in to triple overtime and as the Blackhawks scored the game winner, most people in both Chicago and Boston were fast a sleep.

The Bruins blew a two goal lead in the third period and then passed on many chances to score in over time. The Bruins played great during intervals of the game and should have won. That said if the Bruins get a lead they'll have to be able to hold the lead. Both goals were the defense fault, a puck off the leg of Ference and a blown play by Torrey Krug.

If the Bruins play strong in catagories they have been strong in all season, like defense, then they should be able to beat the Blackhawks and split the series on the road.

Nathan Horton will be playing with a seperated shoulder, if he even plays at all. Söderberg practiced with the team and he might be in the game too or replacing Horton. If Söderberg plays it'll be interesting to see how he does thrown into the middle of a Stanley Cup game. 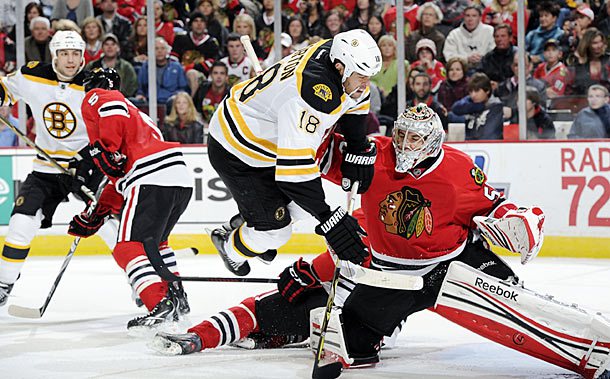