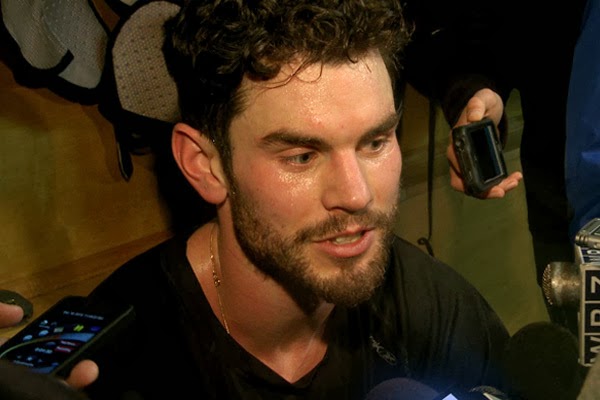 Veteran defenseman Adam McQuaid will be back in the Bruin’s lineup tonight confirmed by the Bruin’s Twitter feed. Darth Quaider has missed the last 9 games with a lower body injury that has been a nagging issue for him throughout this season. He missed 8 games earlier in the season with the same injury and has actually only played in half of the team’s contests so far.

It was a possibility that McQuaid would continue to sit out with an extended break for the team coming up because of the Christmas holiday but Coach Claude Julien says that isn’t how they run the team.

Having McQuaid back would be a great thing for the B’s who have been without a lot of their veterans for quite a while now. Not making the trip to Nashville but showing signs of progress are both Daniel Paille and Dougie Hamilton. Paille took gold line reps with Patrice Bergeron and Reilly Smith while Brad Marchand had the day off simply as a maintenance day. Marchand will be with Bergy and Smith tonight against the Preds. Paille had been skating on his own but this was his first practice back with the team after being knocked out of the lineup with concussion symptoms. He hasn’t been cleared to play yet so the waiting game continues but it is a good sign to see him practicing with the team again.

Dougie Hamilton has been out 6 games since leaving a game against Toronto with a lower body injury but he was seen skating on his own without the team this past Saturday. Hopefully a few days skating with the strength and conditioning coach will get him back to team practices soon and maybe after the break the Bruins will get another one of their top defensemen back.