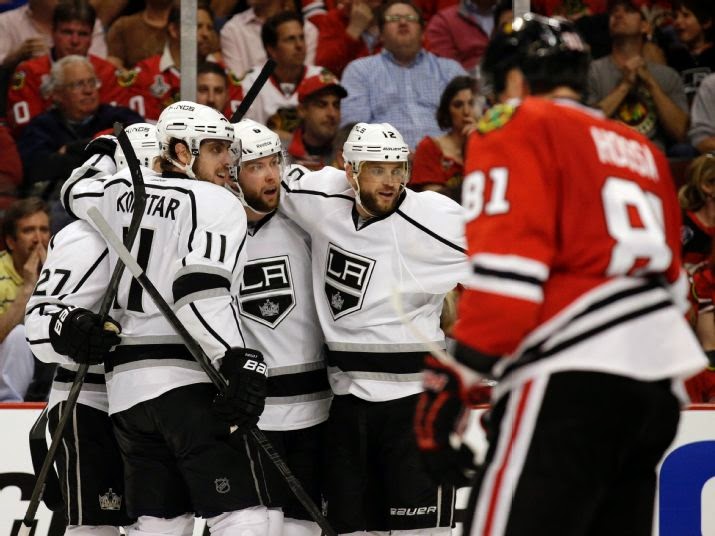 It's the world's worst kept secret: the Los Angeles Kings would much rather do it the hard way.

They spotted a 3-0 series lead to the San Jose Sharks before becoming only the fifth team in pro sports to come back from such a deficit.

In Round 2, after winning the first two on the road vs the Anaheim Ducks, the Kings lost the next three games, leaving them facing elimination in Game 6 and then having to win another Game 7 on the road.

And now, in the Western Conference Final vs the Blackhawks, with the Kings already having dropped Game 1 on Sunday, found themselves down 2-0 as the second period was coming to a close. It looked liked the Kings were flirting with disaster yet again before they finally clicked and did what they do best: never say die.

Six straight goals later, the Kings had won their first ever game in Chicago in the postseason and leveled the Western Final at one game apiece.