Doomed by the Draft? Will Sweeney's mistakes spell the end of his tenure? 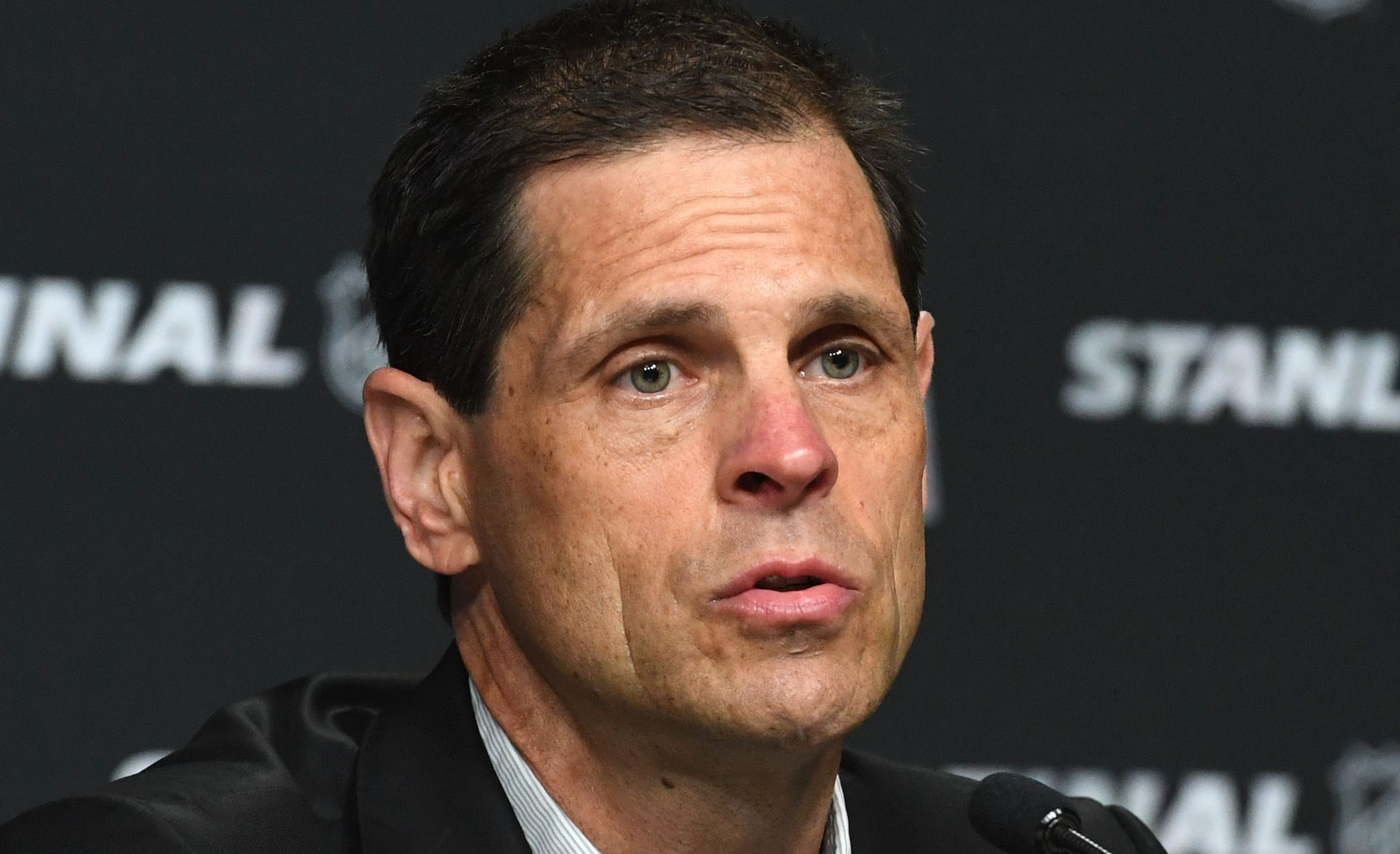 Taylor Hall is a Buffalo Sabre. John Tavares is living his boyhood dream as a Toronto Maple Leaf.  What do both of these players have in common? These were targets that Bruins general manager Don Sweeney has whiffed on throughout the years.
Now you can certainly make the argument that free agency is fickle; that Sweeney can't just make players sign with his team. John Tavares was going to be wearing the leaf on his chest no matter what, and Taylor Hall probably wanted to play with Jack Eichel to pad his stats for another payday. But both of these players represent a much larger issue for Sweeney and company. They need to chase after these free agents because they just don't have any better options in the organization, and that's where the blame game needs to start. You know where this is going, I obviously know where this is going, so let's just dive in.
The 2015 NHL entry draft was Don Sweeneys first real test as a general manager. Let's just say that not only did he forget to study, but he showed up late and half asleep. This is considered by many NHL fans as one of the biggest drafting failures in decades. The Bruins had the thirteenth, fourteenth, and fifteenth picks and had the opportunity to draft players who had been highly touted for having high ceilings. The Bruins were in a position to load their team up with young talent to complement an aging core.
Then it happened. The Bruins chose Jakub Zboril over Thomas Chabot, Jake Debrusk over Kyle Connor, and Zach Senyshyn over Mathew Barzal.
Even briefly reliving those fateful moments is as painful as a root canal. Sure, you can say that drafting is an inexact science, but I can't remember any of the experts on the panel agreeing with the Bruins strategy.
Five years later it just looks so much worse. Thomas Chabot is averaging over twenty-two minutes of time on ice a game on the left side of Ottawa's blueline for his career. Just last season, he averaged an even twenty-six minutes. Chabot has become a top pairing defenseman that would be an amazing complement to Charlie McAvoy. Kyle Connor is a first line left wing for the Winnipeg Jets who had a career year with thirty-eight goals and thirty-five assists for seventy-three points in seventy-one games. Mathew Barzal has become a young star and led the Islanders to an Eastern Conference Finals appearance.
The trio the Bruins drafted is a much different story. Only Jake Debrusk has seen consistent NHL time; and even then it's underwhelming in comparison to Connor. The young left winger hasn't surpassed fifty points in any of his three NHL seasons while dealing with long spells of inconsistencies. Debrusk has potential, but he isn't going to be the first line player Kyle Connor already is. Meanwhile, Zboril and Senyshyn have played a combined eight games in the NHL since being drafted.
Sweeney did hit a home run with Charlie McAvoy the next season, but the following years he continued to show an inability to draft impact players. Even that next season of 2016 saw him make another mistake drafting Trent Frederic, who experts remarked as having a low ceiling of potential, instead of Sam Steel. Sweeney's drafting has become a glaring issue now as the Bruins try to make another run with aging centers Patrice Bergeron and David Krejci. He is going to have to start hitting on more of these draft picks because if he doesn't the Bruins aren't going to be hoisting Lord Stanley anytime soon.
Gear up in our online store